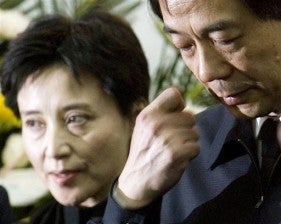 BEIJING  — The political scandal surrounding one of China’s most high-profile politicians, Bo Xilai, is the messiest to strike the ruling Communist Party in years, exposing divisions just ahead of a crucial leadership transition in the fall. Here’s a look at the leading characters in the scandal and his wife’s murder trial.

— Bo Xilai: The Communist Party secretary of Chongqing, the western mega-city’s top official, and one of the country’s most prominent political figures. A former Commerce Minister and the son of one of the communist state’s founding fathers, Bo was already in the party’s 25-member Politburo and before the scandal was seen as a contender for the nine-member Standing Committee that runs China. Bo’s flamboyant personality made him a polarizing figure among elites. Rumors had also swirled about the Bo family’s wealth and the shenanigans of his son. Bo remains under a separate party investigation for unspecified wrongdoings.

— Gu Kailai: The official Xinhua News Agency quoted Gu as confessing she killed British businessman Neil Heywood after having a dispute over money and worrying he would threaten her and her son’s safety. She is said to have risen out of a trying childhood during nationwide upheaval to become a prominent lawyer and high-flying politician’s wife. She was skilled at turning on the charm when the going was smooth, yet quick to turn hostile when crossed. Like Bo, she is the offspring of a prominent Chinese politician.

— Bo Guagua: Their 24-year-old son, who was educated in England and the United States, most recently at Harvard University. Guagua, who has appeared shirtless at parties on photos posted on the Internet, has said he attended social events as an Oxford University undergraduate to broaden his perspective. He denies accusations he received preferential treatment in admissions, that he was a poor student or that he drove a pricey sports car. Guagua is not believed to have returned to China since the scandal broke and his current whereabouts are unknown.

— Wang Lijun: Wang was Chongqing’s police chief before being demoted in February, and he stayed a night at the U.S. consulate in the city of Chengdu near Chongqing, apparently fearing for his life. He refused Bo’s demands that he return to Chongqing and was instead taken into custody by investigators from the State Security Ministry in Beijing. While in the consulate, Wang alleged that Gu was behind Heywood’s death, prompting the British government to ask China to reinvestigate.

— Neil Heywood: A British business consultant and Bo family friend, his body was found in a secluded Chongqing hotel last November. Chinese authorities originally blamed his death on excess drinking or a heart attack and his body was cremated without an autopsy. Subsequently, an official Chinese statement said he had a longtime business relationship with Gu and her son, Guagua, but that had deteriorated over financial disputes. Bo reportedly sought to block a police investigation after Wang came to him with his suspicions.

— Zhang Xiaojun: State media have referred to Zhang as a Bo family aide, although no details have been given. Xinhua quoted him as confessing to assisting Gu with Heywood’s murder and said he was sorry.

— Patrick Devillers. A French architect, he was detained in Cambodia in connection with the scandal but not extradited. Instead he chose to fly to China on his own, apparently in order to give evidence in the case. Devillers had helped Bo rebuild the northeastern Chinese city of Dalian when Bo was the city’s mayor in the 1990s, The New York Times reported in April. Peter Giles Hall, a British businessman who had done business with Gu, says Devillers and Gu appeared to be romantically involved and he had seen him holding her hand