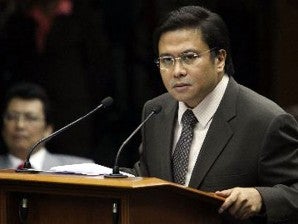 MANILA, Philippines – The senators are asking the bishops to reconsider their decision to return the vehicles given to them by the Philippine Charity Sweepstakes Office (PCSO) although Cotabato Bishop Orlando Quevedo said that they would no longer accept them.

Senator Jose “Jinggoy” Estrada initiated the move after the bishops, led by Quevedo, appeared before the Senate Wednesday to express their regret over the furor caused by their acceptance of the SUVs and to clarify other issues stemming from the controversy.

“You may want to reconsider your decision,” said Estrada after Quevedo announced at the resumption of the blue ribbon committee investigation into the alleged anomalous use of PCSO funds that they were returning these vehicles.

Senate President Juan Ponce Enrile supported Estrada but said that the decision on what to do with the SUVs would be “left to the discretion of the Catholic Church.”

Senator Vicente Sotto III said that the SUVs should be allowed to stay with the bishops since these were being used in carrying out their religious responsibilities. 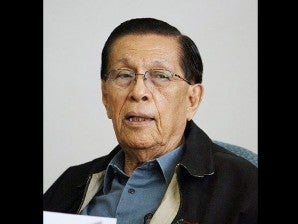 Enrile virtually absolved the bishops of culpability in the controversy, saying, “The responsibility, the prohibition is not on the receiver of the grant but imposed by the Constitution on the agencies of government . . . to see to it that public funds and public property are not given or used, principally for religious purposes.”

“This whole problem stemmed from a wrong appreciation of the command of the Constitution,” said Enrile who also expressed the Senate’s “regrets and appreciation for the elders of the Catholic Church.”

But despite the senators’ prodding, Cotabato Bishop Orlando Quevedo remained firm, telling 990AM in an interview after the hearing that that they will not accept the vehicles even if the PCSO won’t accept them.

During the inquiry, Quevedo said that the bishops agreed to return the vehicles, four of which, the Cotabato bishop disclosed, were parked in front of the Senate and which 990AM identified as one Strada, a Crosswind, L200 pick up, and an L300 box type.

When asked how they would cope, Quevedo quoted Cardinal Gaudencio Rosales as saying, “God will provide.”