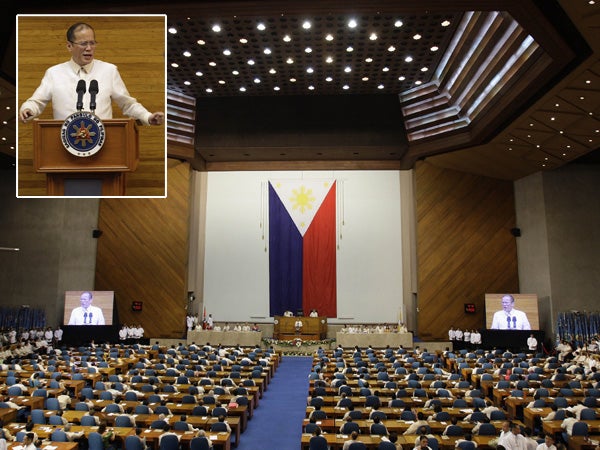 Members of Congress, dignitaries and guests listen as President Benigno Aquino delivers his third State of the Nation address on Monday. AP

MANILA, Philippines — President Benigno Aquino III declared in his third State of the Nation Address at the Batasan Pambansa Complex Monday afternoon that the country is now truly open for business.

Citing information that the Philippines is now enjoying positive credit, he told the nation that the stock exchange index now no longer went below 5000 from the earlier 4000, drawing him applause from the audience.

He claimed that growth in the economy was reaching the masses through the government’s Pantawid Pamilya program, which has more than 700,000 beneficiaries.

By 2013, Aquino expressed hope that the government can provide the poor with 3.8 million more housing units.