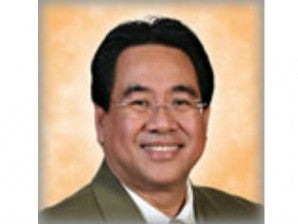 MANILA, Philippines – Cagayan de Oro Representative Rufus Rodriguez on Wednesday said that he was ready for the Judicial and Bar Council’s (JBC) screening process, which will determine the country’s next Chief Justice.

In a report over Radyo Inquirer 990AM, Rodriguez was quoted as saying that he was privileged to be nominated for a position that “requires a great responsibility.”

The report also quoted Rodriguez as saying that he was not bothered by the fact that the likes of Justice Secretary Leila de Lima and Associate Justice Carpio were his co-nominees.

He was also quoted as saying that though he did not mean to boast, he believed that he had proven something with his experiences as a lawyer.

Rodriguez was also Bureau of Immigration (BI) chief during the administration of President Joseph Estrada.

He was also listed as one of the lawmakers who passed the most bills in the 15th Congress.