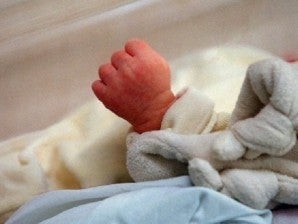 HONG KONG – Hong Kong employers were fighting hard against a government plan to make paternity leave mandatory in the Asian finance center, saying such benefits have all but bankrupted Europe.

Lau serves as the federation’s pointman for employer issues and is a member of the labor department’s advisory board examining paternity leave policies.

“To do some exercise including swimming or jogging is good practice, but if our government is going to say that jogging must be done by everybody, then I would be against it.”

European countries that have statutory paternity leave have experienced budgetary difficulties and rising debts, he said.

“Some of the countries in Europe, they are going to be broke or are almost broke,” Lau said, adding that parental leave was partly to blame.

Parental leave in Hong Kong currently stands at 10 weeks for all working mothers and a meagre five days for male civil servants.

It is a proposal to extend the five-day paid leave to all working fathers that has the employers up in arms.

Confederation of Trade Unions General-Secretary Lee Cheuk-yan said Hong Kong’s powerful business lobby had a long history of opposing any labour reform, such as the minimum wage which was introduced last year.

“It’s purely economic. The problem with Hong Kong employers, they always react in a negative way to employee welfare,” he said.

Hong Kong University economics professor James Vere said patnernity leave would have no significant impact on Hong Kong’s economy and could not be blamed for Europe’s troubles, which were “due to many, many, many factors”.

A 2008 report by the Washington-based Center for Economic and Policy Research found that of 21 high-income nations the United States had the “least generous” parental leave policies.

Countries with what the authors called the best practices – involving combinations of generous paid and unpaid leave for both parents – included Finland, France, Greece, Norway, Spain, and Sweden.

Of those, Greece has since plunged into a sovereign debt crisis, Spain was forced to accept a 100 billion euro ($125 billion) bailout to save its banks, and France’s economy has almost stalled.

On the other hand, Europe’s economic powerhouse Germany has one of the most generous periods for paid parental leave in the world, at 47 weeks.

Analysts said the father’s role in the development of a new family during the period following a child’s birth was often overlooked in Hong Kong, a southern Chinese city of seven million people.

“Traditionally, we only look at this as something between mother and the child,” Hong Kong University Family Institute director Wai Yung Lee said, adding however that attitudes were changing.

“Men would like a chance to bond with the new baby as much as their wives do.”

In the absence of any statutory parental leave allowances, most working fathers in Hong Kong are forced to cobble together holidays and sick-leave if they want to spend time with their newborns.

A new father who works with a major media company in the city said his employer scoffed at his request for leave after the recent birth of his first child, a baby boy.

“I had to waste all of my annual leave, so I’m angry about that,” he said, requesting anonymity.

He said being able to spend time with his wife and newborn made a “big difference” to his young family.