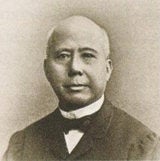 JOSE MA. BASA FROM KASAYSAYAN: THE HISTORY OF THE FILIPINO PEOPLE

Who was Jose Ma. Basa and why was he so close to Jose Rizal that there was copious correspondence between the two men? What role did Basa play in the country’s fight for independence from Spain that he would be exiled to the Marianas along with other Filipino patriots?

The Basa name recently emerged from the mist of history after his feuding descendants figured prominently in the impeachment trial of then Chief Justice Renato C. Corona, who is married to Basa’s great granddaughter Cristina.

In his testimony, Corona brought up the BGEI properties to explain away some of the tremendous assets that he had failed to declare in his statement of assets, liabilities and net worth (SALN).

But while the BGEI sidelights thickened the plot of the impeachment drama, there is another reason why the Basa name deserves to be remembered in the Philippines’ struggle for independence: thanks to Jose Ma. Basa, copies of Rizal’s controversial novels “Noli Me Tangere” and “El Filibusterismo” were smuggled into the country and helped fuel a nationalist consciousness.

The story of this nationalistic “smuggler” came to light through one of Jose Ma. Basa’s great grandchildren, Mario Henson Basa Jr., now a systems engineer based in Japan. For his 1987 college thesis at Ateneo de Manila University, the younger Basa did a thorough research on his great grandfather titled, “Jose Ma. Basa: An Unknown Hero.”

The artist’s inclusion of Basa in this distinguished group is deserved, Mario wrote.  “Like the men around him, Basa devoted his whole life for the betterment of his country. He was at the forefront of the early stages of the battle for reforms. He became the distributor of the liberal newspaper and was a member, with Fr. (Jose) Burgos, of the Comite de Reformadores.”

It was through Basa’s efforts, his great grandson emphasized, that “La Solidaridad” and Rizal’s two novels, “Noli Me Tangere” and “El Filibusterismo” reached the Philippines. Basa also wrote propaganda pamphlets in Hong Kong and opened his home to Filipino exiles, Mario added.

According to Mario’s research, Jose Ma. Basa was born on Dec. 19, 1839, in Calle San Jacinto corner Calle Basa in Binondo to a Spanish mestizo known as Matias Basa (Jose Ma., according to archives) and Joaquina San Agustin.

He graduated with a bachelor’s degree in philosophy from the University of Santo Tomas (UST) and later associated with fellow UST alumni like Joaquin Pardo de Tavera and Fr. Jose Burgos, who shared his views on the atrocities of the Spanish friars. At 21, Basa already had a thriving business, with his distillery being the most lucrative.

The elder Basa was a member of the Comite de Reformadores, which aspired for Philippine autonomy from the centralized government of Madrid and took up the cudgels for the native clergy. This latter sentiment soon evolved into an antifriar stance that raised suspicions among authorities that the group’s members were separatists.

The Comite’s voice for liberal reforms was “El Eco Filipino,” which was published in Spain by Basa’s brother-in-law Frederico Lerena, a Philippine-born Spaniard married to Basa’s elder sister, Rafaela.  The newspaper was ingeniously smuggled into the country by Basa.

Basa and several others were condemned to exile in the Marianas in the wake of the 1872 Cavite mutiny.  When the authorities tracked down people suspected of having instigated the mutiny, those arrested included Jose Ma. Basa and his brother Pio, Pardo de Tavera and Father Burgos. Fathers Jose Burgos, Pedro Gomez and Jacinto Zamora were executed while the rest were sent to the Marianas on board the ship Flores de Maria.

Historian Ambeth Ocampo wrote in his essay “Kasaysayan: The Story of the Filipino People,” that most of the exiles remained abroad in Europe or Hong Kong after their release. “Though some of these expatriates, like Basa in Hong Kong or Regidor in England, would assist the Propaganda Movement particularly in its antifriar aspects, their concern had been for reforms and liberties rather than national identity. Their assistance in the Propaganda Movement should be seen more as the result of their hatred for the friars and their desire for revenge than as an effort to promote a Filipino nation ruled by indios.”

Basa stayed in the Marianas for two years before moving to Hong Kong. There are two interesting versions on how the exiles got there. One was that they were allowed to leave the Marianas but not to return to the Philippines. The other was that they bribed their way and dressed as priests so as not to be noticed.

While the rest of the exiles would later go to Spain or return to the Philippines as soon as they were allowed, Basa remained in Hong Kong and later sent for his wife Bernarda and their children. More children were born in Hong Kong where Basa rebuilt his business and resumed his antifriar campaign.

Basa used the same smuggling techniques for his propaganda pamphlets, for editions of “La Solidaridad” and, later, the books of Rizal, Mario wrote in his thesis, citing Jesuit historian Fr. John Schumacher as source.

“(Basa) knew perfectly well where the customs were most lenient and which customs officer to bribe.  Because of his connections in Hong Kong, he was able to place Filipinos in vessels that made the regular Hong Kong-Manila runs; there are numerous anecdotes to prove this. These Filipinos, probably out of gratitude or because they were paid by Basa, were the ones who actually brought the materials into the Philippines,” Mario wrote.

“An example of this, obtained from the biography of a certain Roman Basa, is Eugelio Santiago, a maquinista in the boat Don Juan… smuggled materials in demijohns which he would hide in the coal bin of the ship. Once the coal ship arrived in Manila, the materials were passed on to Roman Basa (relationship to Jose Ma. Basa cannot be verified) for distribution in Manila and its neighboring provinces. Sometimes the materials were sent to Jolo where customs (was) practically nonexistent, then afterwards were sent to Manila.

“The methods that Basa employed became so successful that pamphlets began to proliferate in Manila and its neighboring provinces. Marcelo H. del Pilar was caught in Bulacan distributing pamphlets from Basa. Del Pilar must have been impressed with Basa’s success because on Oct. 28, 1888, he went to Hong Kong to specifically meet Basa, before he went to Europe to take on the editorship of  ‘La Solidaridad’…

“Four months after the meeting between Basa and Del Pilar, Rizal also followed suit and went to Hong Kong on February of 1889. Rizal also wanted to get the assurance from Basa that the books he intended to write would reach Manila. Later, Rizal would ship the entire first edition of both ‘Noli Me Tangere’ and ‘El Filibusterismo’ to Hong Kong for Basa to smuggle into the Philippines.

“This meeting in Hong Kong sparked a very close friendship between the two men, a friendship that lasted their lifetimes. It is only because of this friendship with Rizal that Basa is remembered in history. Rizal corresponded regularly with Basa, sharing with Basa his ideas and frustrations. Basa responded by supporting Rizal both morally and economically.”

In his thesis, Basa’s great grandson did not gloss over the chink in Basa’s armor: “What many people considered Basa’s only lapse happened with the coming of (Gen. Emilio) Aguinaldo. Because of the agreement in Biak na Bato, Aguinaldo together with his entourage exiled themselves in Hong Kong. Shortly after the arrival of Aguinaldo, a circular penned by Basa was distributed in the Philippines. This circular illustrated the growing suspicion of the Filipino leaders in Hong Kong that the American government was interested in occupying the Philippines. On Aug. 8, 1898, to the surprise of many, Basa cabled US President McKinley: ‘All wealthy and educated Filipinos pray that America through the Consul General Wildman in the name of humanity grant them protectorate or annexation.’”

Added Mario: “Basa was so obsessed with American annexation that he even went as far as pledging his wealth and fortune to the American government as a form of allegiance… It may seem curious, that a man fighting so vehemently to rid his country of a colonizer was yet willing to be colonized by another… (But) America was a gleaming example of democracy at that point of time, and Basa thought that this democracy can be passed on to the Philippines.”

Since his exile, Jose Ma. Basa visited the Philippines only once. With the Stars and Stripes fluttering in the Philippine breeze, he could have come home with his family but he chose to stay on in Hong Kong where he spent his sunset years. A tumor in his leg left Basa wheelchair-bound in his later years. He died in Hong Kong on July 10, 1907.

Basa’s admirers and friends made sure that his final resting place would be his motherland. Eight years after his death, on April 18, 1915, his remains were brought back to the Philippines and interred at Manila’s North Cemetery. That day, all of Manila’s newspapers carried the story of his life.