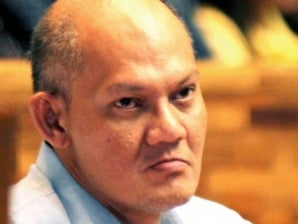 “Before l left, l signed an order to (House) Secretary General (Marilyn B. Yap) to drop Ecleo from the roll of members effective May 31,” Belmonte in a text message to reporters.

Belmonte said he gave the order despite Ecleo’s pending petition before the Supreme Court on the Sandiganbayan’s decision finding the supreme master of the Christian cult Philippine Benevolent Missionaries Association guilty of three counts of graft and corruption in three projects.

“The final appeal in the third case looked pro forma to us with scant chance of being granted,” Belmonte said.

The Sandiganbayan found Ecleo guilty of graft and corruption in the construction of a public market and a municipal building, and the repair and rehabilitation of a building owned by his family’s cult while he was mayor of San Jose, Dinagat Island, in Surigao del Norte from 1991 to 1994.  He was sentenced to 31 years in jail.

The Supreme Court dismissed with finality Ecleo’s third appeal on the graft case last April 15, or days after the Cebu City Regional Trial Court (RTC) found him guilty of murdering his wife Alona Bacolod-Ecleo 10 years ago.

In a related development, Commission on Elections (Comelec) commissioner Rene Sarmiento on Friday ruled out the possibility of special elections in Dinagat Island to fill up the congressional seat of its ousted representative.

“Even if the House of Representatives requests one, I don’t think Comelec can acquiesce because there’s no more time. I think the Comelec will no longer hold special elections. I personally don’t want to,” the Comelec official told reporters.

Sarmiento said the House should just assign one of its members as “caretaker congressman” for the lone district of Dinagat.

Election laws prohibit the holding of special polls to fill up vacancies occurring less than a year before the next general elections.

In April this year, Judge Soliver Peras of the Cebu City RTC Branch 10 sentenced Ecleo to a prison term of 20 to 40 years and ordered him to pay over P25 million in damages to Bacolod’s family for his wife’s murder.

But Ecleo evaded arrest and has been the top absentee in the House of Representatives since last year.  The bounty for his arrest was raised to P450,000, according to the Philippine National Police who said that a police task force has been created in northeastern Mindanao to track down the fugitive.

According to court records, Bacolod, a medical student, was strangled in the couple’s residence in sitio Banawa, Barangay Guadalupe, Cebu City, on Jan. 5, 2002, and her body found three days later inside a black garbage bag dumped in a ravine in Dalaguete town, south Cebu.

In his decision, Judge Peras gave weight to the eyewitness testimonies of Alona’s brother Josebil Bacolod and witness Gloria Navaja.