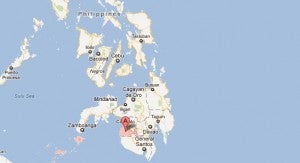 MANILA, Philippines—By a vote of 14-0, the Senate approved on third and final reading on Tuesday a joint resolution urging the Commission on Elections to void the book of voters in the Autonomous Region in Muslim Mindanao and conduct a new listing of voters there.

The resolution, certified urgent by President Aquino, authorizes the Comelec to suspend the continuing general registration of voters outside of ARMM for the whole month of July to enable the poll watchdog “to fast-track’’ the relisting of voters in the region.

The Comelec had said it did not have enough time to conduct a new registration of voters in all five provinces making up the ARMM as, among other things, it had also to carry out the continuing registration of new voters throughout the country.

The National Statistics Office had found population figures in the ARMM, more notorious than other places in the country for vote-padding and shaving in national elections, to be bloated. In 2007, a 4.1-million population was reported, but NSO said there were only little more than 3.3 million people in the region in 2010.

Past elections had been marred by reports of ghost, fictitious, and multiple registrants in the region, in effect constituting “command votes’’ of political warlords to decide local and national elections, according to the resolution.

Sen. Franklin Drilon, who co-sponsored the resolution with Sen. Aquilino Pimentel III, lauded the approval of the resolution, saying this would put an end to “fraud and irregularities’’ in the region, and spare it from the “ignominy of being billed the cheating capital.’’

“This twin move will complete the roadmap of electoral and political reforms in the ARMM which this government is presently pursuing with the help of Congress,’’ Drilon said. “There will never be a real election and real democracy in the ARMM if these poll fraud, election dysfunction and padding of the book of voters are not decisively addressed.’’

Not all senators were present in the session hall when the vote was taken.

The senate also voted 18-0 to approve on final reading Resolution No. 751 that concurs in the ratification of a treaty on social security between the Philippines and Spain.

The ratification of the treaty would ensure that some 12,638 Filipinos working in Spain would be covered by social security benefits, said Sen. Loren Legarda, principal sponsor of the resolution.

Under the treaty, Filipinos will receive social security benefits whether they decide to settle in the Philippines, Spain or any other country. The benefits include maternity and sickness, retirement package, disability payment, work-related injury and occupational illness compensation.