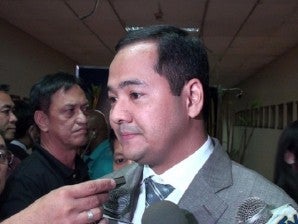 MANILA, Philippines—The report from the Anti-Money Laundering Council (AMLC) is unsigned and unauthenticated, therefore it should not be taken hook, line and sinker, lawyers of Chief Justice Renato Corona said Tuesday.

“They could have been forged or fabricated…It is important to go to the source documents which is another issue,” defense counsel Rico Paolo Quicho said.

“We have been fooled around.  Remember we have been made to believe that the documents of Mr. Harvey Keh prompted the Ombudsman to write to the Chief Justice.  Now she is telling us she has asked the AMLC for a copy of CJ’s records of bank deposits,” Quicho said.

Quicho questioned how the Ombudsman managed to get the assistance of the AMLC.

He said “Section 11 of the Anti-Money Laundering Act (AMLA) allows the council to inquire into or examine any particular deposit with any banking institution only upon order of any competent court.  He pointed out: ‘Did the Ombudsman have the permission of the Senate impeachment court? Obviously, no.  Also, if and when the Council applies with a competent court for an inquiry order, the court must first give prior notice to the account owner about a planned inquiry or examination pursuant to the ruling of the Supreme Court. This, too, has been ignored because the Ombudsman says so’.”

“Don’t you feel a sense of déjà vu?  It happened before in the Land Registration Authority (LRA),” Quicho asked.

During the testimony of Land Registration Authority (LRA) Administrator Eulalio Diaz III admitted that what the LRA conducted was a general search of the names of the Chief Justice and his family. Upon direct examination by the defense, the 45 properties were trimmed to 5.