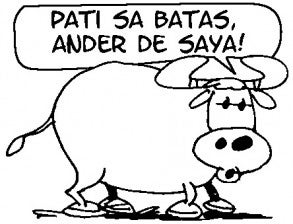 DAVAO CITY—Battered husbands do exist but most of the time they just keep quiet for fear of being sued themselves under a law protecting women and children against abuses.

This was what the Federation of Gender and Development (FGAD) here has found out, said Rene Estorpe, its president.

Estorpe cited the cases of two husbands in Agdao Centro, where he is the barangay (village) chairman, as examples of how men—who tried to complain about abuses by their wives—ended up being charged themselves.

He said the two complaining husbands found themselves charged with violating the Anti-Violence Against Women and their Children (VAWC) law, or Republic Act No. 9262.

“The wives accused them of engaging in illicit affairs,” Estorpe said.

Most of the complaints of the husbands against their wives were verbal abuse, although there were two cases of physical injuries, which prompted the husbands to seek help from the village council, according to Estorpe.

Some “battered” husbands, whose cases the FGAD has documented, also did not want to have broken families, which was why they did not want their cases solved by third parties, he said.

“Battered husbands want to keep their families intact for the sake of their children,” he said.

Estorpe said his group was not being biased toward men because they also had women as officials and members.

In fact, the FGAD vice president here is a woman—in the person of Fe Bargamento, a councilor of Barangay Mintal.

Based on the findings of the FGAD, the poor do not have a monopoly of cases of battered husbands, Estorpe said.

“They do not only belong to the poor but also middle income families,” Estorpe said.

Another reason preventing abused men from suing is pride, he said.

“They prefer to keep it confidentially. Men have their pride, too, and they do not want to come out publicly,” he said.

Grace Nuval, regional coordinator for the Gabriela women’s party-list group, said the issue of battered husbands might create an impression that men were being discriminated against under the law.

“(But) there is no such thing as men discrimination,” she said.

Nuval said that if men were being sued under the VAWC law, it could be that women wanted relief from the emotional, economic, mental and physical abuses they were being subjected to.