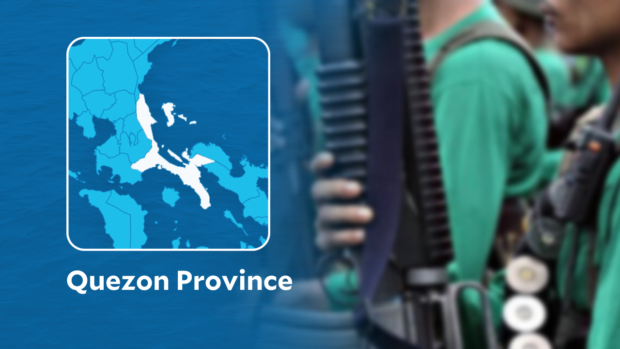 LUCENA CITY — The Armed Forces of the Philippines and the Philippine National Police have declared Gumaca town in Quezon province “insurgency-free” or liberated from the clutches of the communist New People’s Army (NPA).

“There were no more incidents of harassment and any terroristic attack, thus, a Memorandum of Understanding was signed as part of the declaration of Stable Internal Peace and Security,” the Quezon police said in a statement issued Wednesday, Jan. 25.

The police and military evaluated and validated the declaration.

“The public will now enjoy a more peaceful and progressive community and will be a desired destination for investors and foreign tourists,” Quezon police chief Colonel Ledon Monte said.

Gumaca is the second municipality in Quezon to have an “insurgency-free” status.

All 59 barangays in Gumaca have declared NPA rebels as “persona non grata” in their villages. The NPA is the armed wing of the Communist Party of the Philippines.

Monde vowed that the police, military, and all civilian stakeholders would continue “to eliminate the menace of our community that hinders the peace and progress of our province.”

“The road to an insurgency-free province is along the way,” he said. The province is composed of two cities and 39 municipalities. INQ