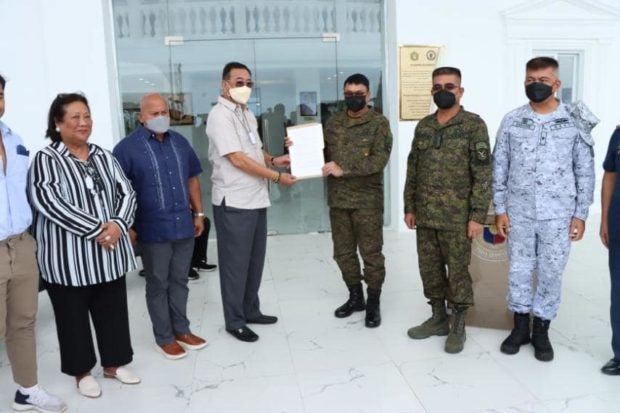 MANILA, Philippines — Davao Occidental is now free from the presence of the New People’s Army, according to the Philippine Army (NPA) and the local government.

During the unveiling of the Legislative Building at the Provincial Capitol in Malita town, Davao Occidental on Thursday, local officials announced the issuance of Provincial Peace and Order Council Resolution No. 4-2022 declaring Davao Occidental as “Insurgency-Free.”

“I tip my hat off to our security forces, the men and women of the Armed Forces of the Philippines and the Philippine National Police, who painstakingly worked hard with the Local Government and the populace to free the province of Davao Occidental from Insurgency,” Defense Undersecretary and officer-in-charge Jose C. Faustino Jr. said in a message delivered by Eastern Mindanao Command Commander Lt. Gen. Greg Almerol during the event.

“I am confident that more development initiatives will spur profound progress in the province and improve further the people’s living conditions,” he added.

The Philippine Army said that in  2016, NPA’s Guerilla Front Tala operating in the province had a total of 43 manpower, 89 firepower, and five barangays under its influence. But all these are now gone, according to the military.

The spokesperson of the Communist Party of the Philippines, Marco Valbuena, reacting to the pronouncement of the military, told INQUIRER.net that “the AFP can believe and declare all they want.”

“For 50 years, nothing has stopped them from making such grand pronouncements even if they had to eat their words later. And I am certain that they will again eat their words sooner or later,” Valbuena said.