WATCH: Wet market vendors throw ‘bangus’ at each other amid clash in Tarlac 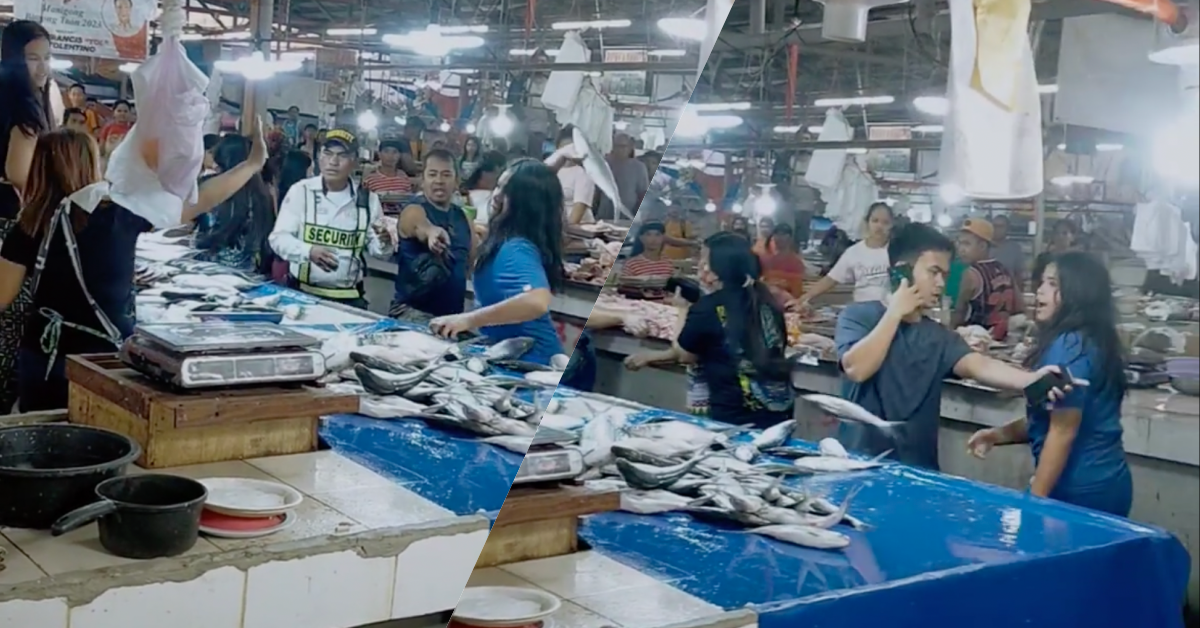 A fight broke out between two groups of vendors which resulted in bangus (milkfish) being thrown at each other. Photo: Courtesy of Elmer Apostol/Facebook

Customers and other merchants in a wet market in Tarlac City were caught off guard when a fight broke out between two groups of vendors, which resulted in bangus (milkfish) being thrown at each other.

On Jan. 14, social media user Elmer Apostol took to Facebook to share a video of the vendors’ altercation with the caption, “Flying [Bangus] Festival 2023.”

Apostol, who is also a vendor at the R.U. Aquino Public Market, told the Inquirer that he personally witnessed the fight as the vendors’ stalls were adjacent to his.

(Their fight began simply because the foot of the kid’s mom was accidentally stepped on. However, the man didn’t apologize, so their children joined the argument.)

He went on to say that both parties had settled their dispute in the barangay the following day.

“Nag-‘fish (peace) be with you’ na po sila (They gave each other the ‘sign of fish (peace),’” Apostol said in jest.

Although the vendors clashed, Apostol’s video also amused other netizens, with his post receiving over 58,000 reactions, 7,700 comments, and over 53,000 shares as of this writing.

“Masasabi kong sariwa ang bangus [dahil] buhay na buhay at [lumilipad] pa (I can say that the bangus is still fresh because it is alive and flying),” a social media user commented.

“Naawa ako sa mga isda (I felt bad for the fish),” another commented.