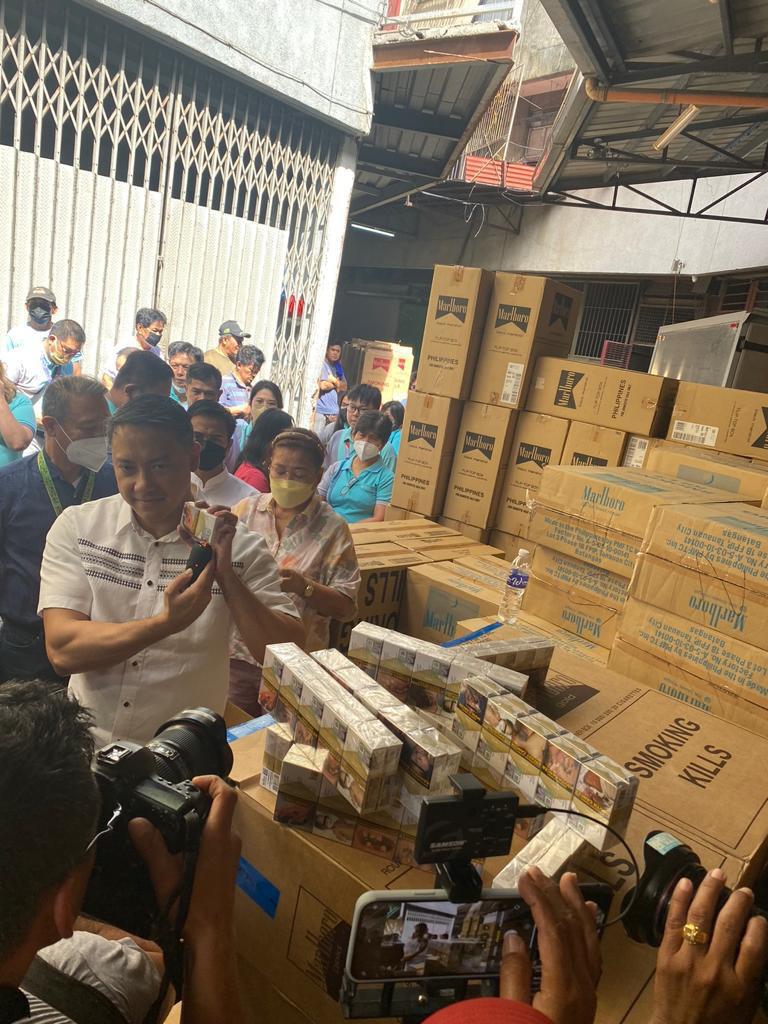 Authorities made good their earlier declaration of war against unscrupulous traders as they swooped down on 21 provinces and 69 cities and municipalities nationwide, specifically wholesalers and retailers that were selling illicit cigarettes and confiscated millions worth of illegal cigarettes that are untaxed, fake, and smuggled.

The government is losing P50 to P100 billion in tax revenues from the illicit tobacco trade, which is intended to fund basic services, including the Universal Health Care program and other national development goals.

The BIR chief thanked the cooperation and the assistance extended by the PNP and various local government units in their successful operations and at the same time lauded all the BIR regional officials for their concerted efforts.

Wednesday’s synchronized enforcement all over Luzon, Visayas, and Mindanao was the first time with the BIR Commissioner leading the actions together with the OIC-Deputy Commissioner for Operations Maridur V. Rosario, the respective revenue regional directors, regional investigations chiefs, and revenue officers.

“Let me make this clear to you, illegal traders. This is just the beginning of our simultaneous nationwide operations. We are serious in our crackdown against the illicit cigarette trade. We will be strict on implementing the law from hereon,” Lumagui said.

In terms of the number of municipalities in a province, Zambales, Pangasinan, Negros Oriental, Eastern Samar, Agusan del Sur, North Cotabato, and Davao del Sur got the highest number of simultaneous raids.

But overall, Zamboanga City got the highest number of trade enforcements in a single locality with 38 operations. Records showed that Zamboanga City had been consistently on the list of “hotspot areas” in terms of cigarette smuggling and the sale of illegal cigarettes.

More than 100 raided stores were located in public markets selling various brands of illegal cigarettes at a wholesale price as low as P30 per pack. BIR is now preparing to file appropriate charges against the owners of the stores in violation of various offenses in relation to the National Internal Revenue Code of 1997 and the BIR’s minimum price requirement, among others.

Owners of the raided stalls face offenses for collection of taxes, including surcharges and penalties for all the violations of the Tax Code including, but not limited to Sec. 145 on violation on the Floor or Minimum Prices, Sec. 254 on Attempt to Evade or Defeat Tax, Sec. 258 on Unlawful Possession or Removal of Articles Subject to Excise Tax Without Payment of the Tax, Sec. 264 on Failure to Issue Receipts, Sec. 265 on Offenses relating to tax stamps.

Under the BIR Minimum Price requirement, which pegged the price of cigarettes at P82.49 per pack, violators face a six-year jail term and a fine of P500,000.