Poe to MWSS: Step up as regulator role amid Maynilad water service disruptions 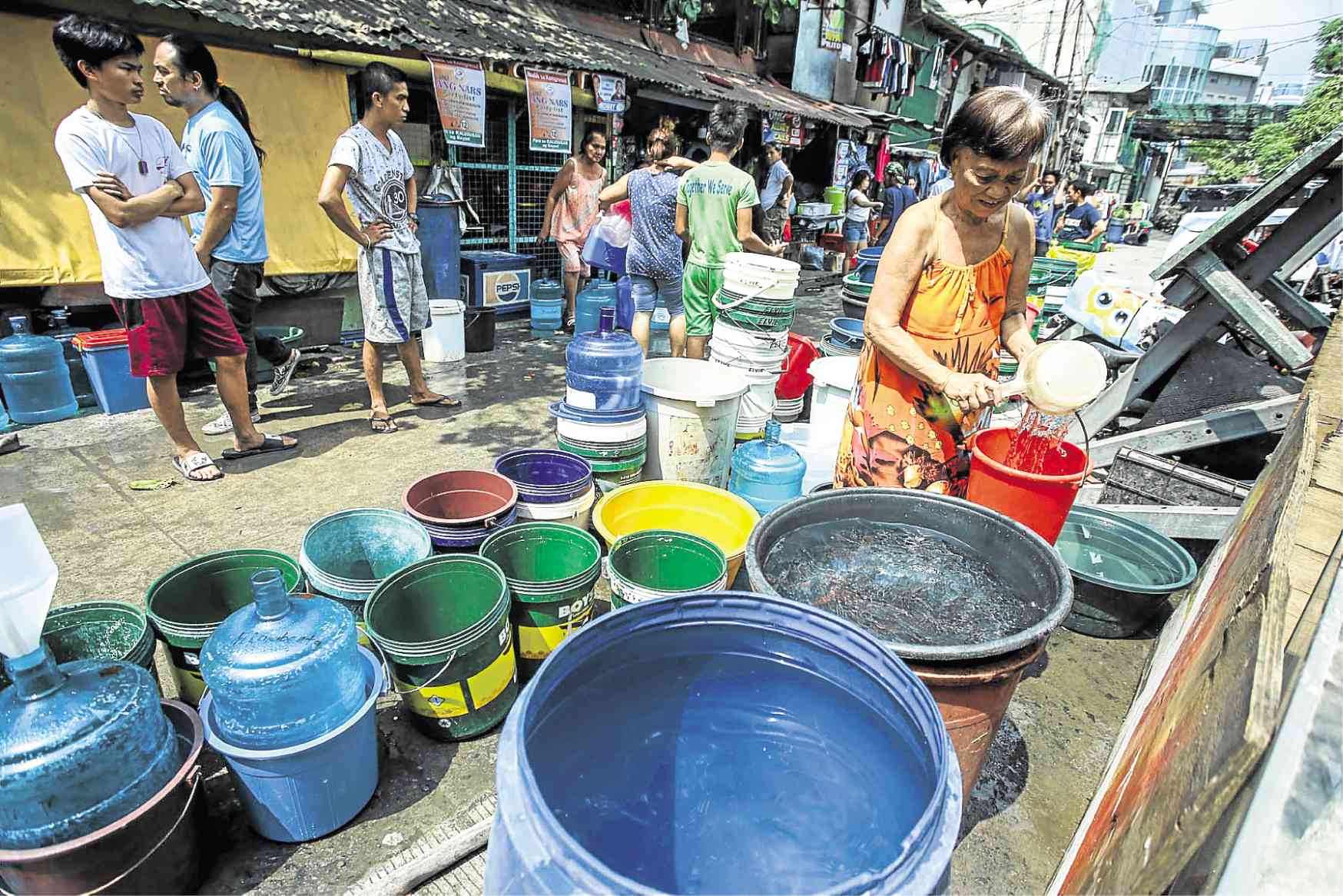 (FILE) Scenes like this may again become a familiar sight in parts of Metro Manila and Cavite province this Holy Week. Maynilad on Thursday said service improvement works from April 16 to 20 will cause supply cutoffs lasting five to 30 hours. —JAM STA. ROSA

MANILA, Philippines —Senator Grace Poe on Wednesday pressed the Metropolitan Waterworks and Sewerage System Regulatory Office (MWSS RO) to do additional work as a regulator in response to the current water interruptions in the Maynilad service regions in south Metro Manila and Cavite.

According to the MWSS RO on Tuesday, Maynilad has been ordered to reimburse customers for water bills totaling P27,477,617.12. These customers are located in the areas serviced by the Putatan Water Treatment Plant (PWTP), which includes the cities ofParañaque, Las Piñas, Pasay, and Cavite.

“The MWSS must step up and take its role as regulator accordingly and effectively,” said Poe in a statement.

According to Poe, who chairs the Senate committee on public services, the office must reexamine its approach, as it was no longer effective.

“At some point, the MWSS RO should recognize that its fines are not working with Maynilad,” Poe said.

This is not the first time Maynilad has been fined due to water outages in the PWTP’s supply zone. Last December 2022, Maynilad was also asked by the MWSS RO to explain recurring interruptions experienced by customers of PWTP.

“Regulators are expected to primarily protect consumers and take it to heart. Maynilad customers in the south of Metro Manila have had to deal with the harrowing situation for two consecutive Christmases now. This is too much,” Poe said.

The senator also pointed out that Maynilad’s net income exceeded P6 billion in 2020 and 2021, as per the concessionaire’s 2021 financial statement.

“With all that declared income earned by the concessionaire as many consumers’ taps turned dry, not only do they ask why the fine remains small in relation to the extent of their suffering, but also why they have to continue to live with such inconvenience,” Poe said.