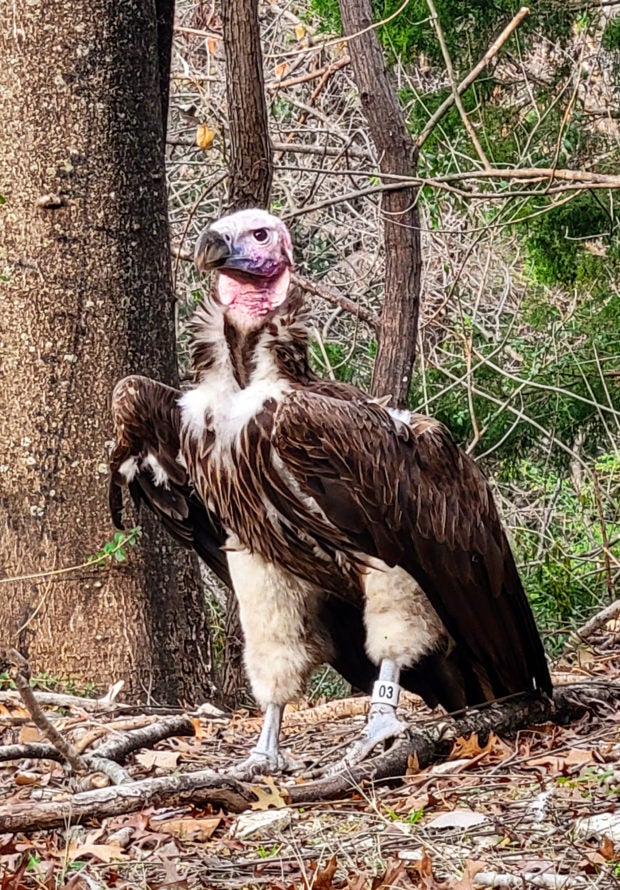 This undated handout photo provided by the Dallas Zoo on January 24, 2023, shows Pin, a 35-year-old endangered vulture at the Dallas Zoo in Dallas, Texas. AFP

HOUSTON — What mysterious forces are at work at the Dallas zoo?

In recent days, the largest zoo in the southern US state of Texas has been the scene of suspicious incidents, most recently the death of a beloved vulture — and police are on the case.

“Everything is under suspect at this point — internal, external — we’re looking at every single option,” zoo president Gregg Hudson told reporters Monday.

The 35-year-old endangered lappet-faced vulture named Pin was found dead over the weekend and the zoo said “the death does not appear to be from natural causes.”

“Losing him is devastating not only to our Zoo family but also to the conservation efforts of this species,” the zoo said on Twitter on Tuesday. “Pin will be missed dearly by everyone.”

The zoo offered a $10,000 reward for any information that helps the investigation.

On January 13, a clouded leopard, Nova, escaped from her enclosure after a section of fencing had been cut.

Nova was later discovered safe on zoo grounds, but staff found that the langur monkey enclosure had also been breached.

Because the vulture is an endangered species, the matter was deemed serious enough for federal agents to joint the investigation.