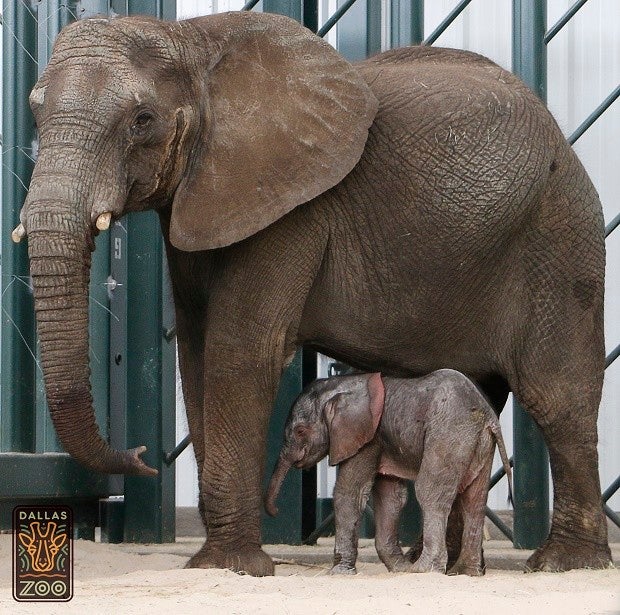 This May 2016 image provided by the Dallas Zoo shows a baby elephant at the zoo in Dallas. The male calf was delivered of a mother that was one of five African elephants brought to the Dallas Zoo after their rescue from the southern African nation of Swaziland. Dallas Zoo via AP

DALLAS — An elephant rescued from the southern African nation of Swaziland has given birth to a baby at the Dallas Zoo.

The zoo issued a statement Tuesday announcing the May 14 birth of the male calf. The calf doesn’t yet have a name. He weighs 175 pounds, stands about 3 feet tall and has a trunk just over a foot long.

The zoo says the infant’s weight at birth was at the low end of the 150-to-300-pound range expected for healthy newborn African elephant. That was blamed on food scarcity in the mother’s homeland, where a severe drought made food scarce.

The mother, Mlilo (muh-LEE’-loh), was pregnant when the group of five elephants arrived earlier this year. Friends of Animals had sued to stop the proposed importation. That suit is pending.