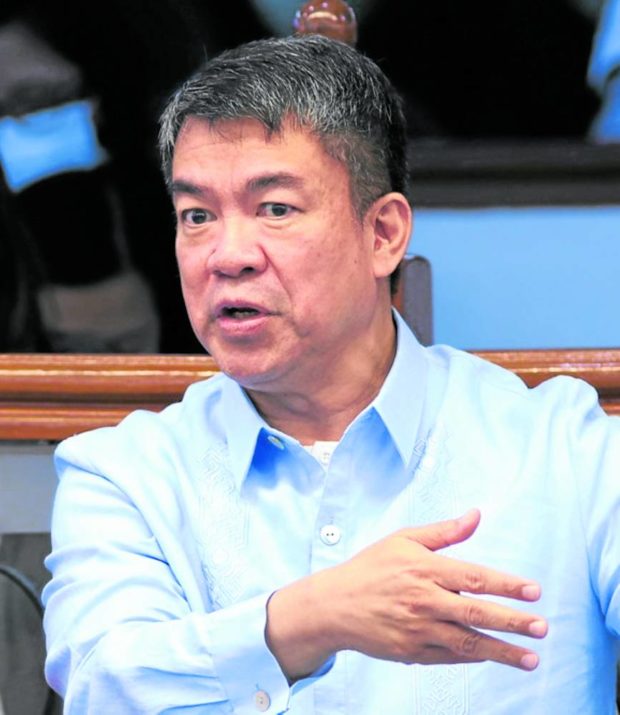 MANILA, Philippines—  Senate Minority leader Aquilino Pimentel III is seeking a separate probe into possible corruption and other violations supposedly committed by officials of the state gaming firm involved in an allegedly “anomalous” contract with a third-party auditor.

Pimentel, through Senate Resolution No. 443 which he filed Tuesday, calls on the Senate blue ribbon committee to undertake the investigation.

In the resolution, Pimentel cited the “questionable credentials and credibility” of Global ComRCI as disclosed by Senator Sherwin Gatchalian during the hearing of the Senate committee on ways and means on Tuesday.

Global ComRCI was tapped by the Philippine Amusement and Gaming Corp. (Pagcor) to examine the earnings of the Philippine offshore gaming operators (Pogos).

“According to Sen. Gatchalian, Pagcor  failed to vet the qualifications and competence of the third-party auditor, Global ComRCI, which it awarded  a 10-year contract worth  P6 billion in 2017,” Pimentel said in his resolution.

As chairman of the ways and means panel, Gatchalian leads the investigation of Pogos’ continued  operations in the country following a series of illegal activities linked to it.

The resolution further noted Gatchalian’s disclosure that Global ComRCI “has no office, lacks  capital, has not been paying taxes, is not registered with the Bureau of Internal Revenue and the Securities and Exchange Commission and has not complied with other requirements of the Terms of Reference provided in the biding documents of the Pagcor.”

Pimentel  also cited Gatchalian’s remark that Pagcor may have been duped when it entered into the multi-billion pesos worth of contract with the said third-party auditor.

“It is apparent from the foregoing that the third-party auditor, Global ComRCI, is not legally, technically and financially capable to be a consultant of Pagcor as required under our procurement rules and regulations, and should have not been awarded for being ineligible and disqualified from the start,” the minority leader also said in the resolution.

Even the Commission on Audit, Pimentel said, also found deficiencies in the processes of Global ComRCI in its audit of the Pogos in 2020.

“Considering the huge amount involved for a multi-year contract of this magnitude, this matter should be further investigated for possible malfeasance, misfeasance or nonfeasance and corruption on the part of the Pagcor officials involved in the anomalous procurement of the said party auditor m and  possible conspirators in the private sector,” he further stated in his resolution.