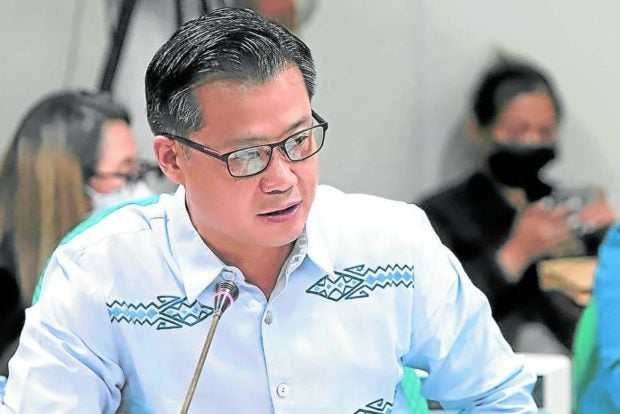 MANILA, Philippines — Sen. Sherwin Gatchalian on Monday said officials of Philippine Gaming and Amusement Corp. (Pagcor) might be criminally liable for awarding a company with dubious credentials a P6-billion contract to audit the revenues of Philippine offshore gaming operators (POGOs).

After Monday’s joint hearing by the Senate committees on ways and means and on public order, the senator said he would ask the blue ribbon panel to launch a parallel inquiry into the possible culpability of Pagcor officials and other entities.

Gatchalian, the chair of the Senate ways and means committee, said his panel’s latest findings indicated that Pagcor officials may have committed malfeasance or misfeasance in entering into a consultancy agreement with the private consortium Global ComRCI (Global).

“Let’s not forget the crucial role of the third-party auditor in determining the taxes and regulatory fees of POGOs — every peso that POGOs do not pay to the government is a loss for the entire country,” Gatchalian said.

“So it appears that Pagcor also swindled the Filipino people,” he said.

During Monday’s hearing, senators found that Global did not meet both financial and technical requirements under Republic Act No. 11590, the law on taxes imposed on POGOs, based on documents made public by Gatchalian.

Gatchalian then revealed that Global, a consortium composed of Global Myoho Renge, Comfac Corp., and Malta-based High-Web Trade, did not meet the required P1-billion capitalization for a third-party POGO auditor.

The senator accused the company of misleading Pagcor into accepting a bank certification that it had $25 million worth of deposits in Soleil Chartered Bank, even though that bank wasn’t authorized to do business in the Philippines.

Citing certificates from government agencies, Gatchalian also disclosed that Global did not have business permits in the cities of Manila and Makati, where it had relocated after initially setting up operations at a residential building in Parañaque City in 2017, and was not registered with the Bureau of Internal Revenue.

As the third-party auditor, Global is supposed to examine gaming revenues reported by POGO firms in the country, which will serve as the basis for computing regulatory fees and taxes.

“There is a great possibility that POGOs may be underdeclaring their income, and the gross gaming revenues we are getting are not accurate. The government’s income from POGOs could have been much higher,” Gatchalian said.

No representative of Global attended Monday’s hearing despite the committee’s invitation. Gatchalian said he had denied the company’s request to participate through video conference.

“The least the third-party auditor can do is send a representative. So to me, it’s their loss; we gave them the opportunity to clear up certain issues,” he said.

At press time, Global’s official website listed on its social media pages could not be accessed.

Lawyer Roderick Consolacion, vice president of Pagcor’s legal group, told senators that Pagcor had so far paid Global a total of P824 million out of its P6-billion contract.

But Pagcor was seeking a refund of $7.982 million, or about P434.7 million, for supposedly failing to meet a performance threshold, he added.

Consolacion said the anomalies cited by Gatchalian on Global’s credentials should give the state-run corporation enough ground to move for “pretermination” of its 10-year contract, set to end in 2026.

“We are reviewing the contract based on the information we received [from you], because it has also been three straight years that they have not surpassed the threshold,” he said.