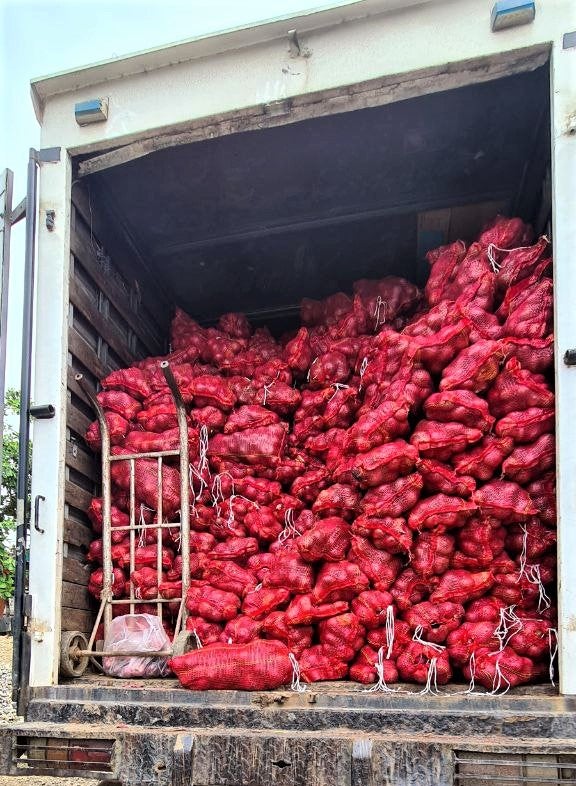 ZAMBOANGA CITY — The Philippine Navy’s Naval Forces Western Mindanao said its operatives intercepted Monday some 44,000 kilos of smuggled red onions in a dockyard in this city, the same day the agriculture department announced that the first batch of imports of the commodity is arriving in the country.

The operation was launched in cooperation with the Coast Guard, Marine Battalion Landing Team-11, Joint Task Force Zamboanga, the Bureau of Customs Zamboanga District, and intelligence operatives of the Armed Forces of the Philippines’ Western Mindanao Command, the regional naval unit said in a news release.

Seized were 3,000 mesh bags of red onions loaded in a closed-van cargo truck and another 8,000 in a wooden vessel named MJ MARISA. Each mesh bag weighs four kilos.

The items were seized inside the Varadero de Cawit in Barangay Cawit.

Also on Monday, the same team of law enforcers seized some 300 drums of allegedly smuggled petroleum, oil, and lubricants loaded in a watercraft in Cawit.

The Naval Forces Western Mindanao said the items were being accounted for in preparation for turnover to the appropriate agency.

Smuggled cigarettes worth over P400M seized in Zamboanga City this year …