ECOP says Lazada ruling can’t be used in all cases 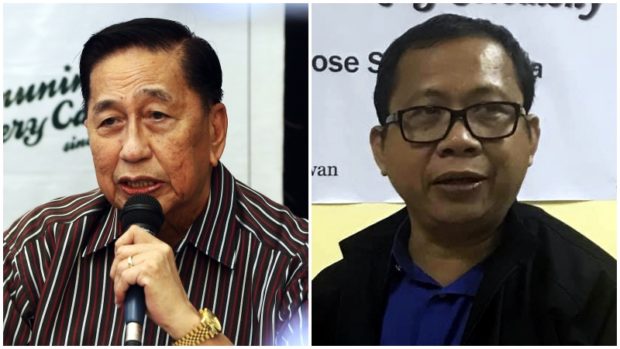 MANILA, Philippines — The Employers Confederation of the Philippines (ECOP) on Monday said the Supreme Court ruling on the Lazada case cannot be uniformly applied to all labor disputes.

ECOP president Sergio Ortiz-Luis Jr. said that labor cases must be decided by their respective merits, adding that the particular details of an agreement or contract must be taken into consideration in determining a worker’s status as a regular employee or otherwise.

“It depends on the nature of employment. It can’t be used as a basis for every case because conditions differ,” he said in a phone interview.

He said workers may be deemed regular employees following the probationary period of six months under the law, unless the responsibility of employment is outsourced to another company.

A labor leader on Sunday called the ruling by the Supreme Court Second Division “historic,” as it “recogniz[ed] that regular employment is the norm and not the other way around.”

Federation of Free Workers President Sonny Matula also said: “Delivery riders in a similar situation may use this precedent in their complaint for regularization.”

“This is a victory for workers,” Matula said, adding that the decision “upheld the fundamental right of workers to a regular job.”

“That’s how the law is. It favors the workers,” he said.

Nevertheless, Ecop will study the ruling further, he said, to ensure compliance and to thresh out any issues that may arise from the Lazada case.

Last week, the Supreme Court issued its Sept. 21, 2022, ruling in favor of five Lazada riders who challenged their 2017 dismissal before the National Labor Relations Commission (NLRC) and the Court of Appeals.

The appeals court had affirmed the NLRC ruling in favor of the e-commerce company, which is registered as Lazada E-Services Philippines Inc.

Senior Associate Justice Marvic Leonen, who wrote the decision, said of the NLRC’s earlier ruling: “It is patently erroneous for the labor tribunals to reject an employer-employee relationship simply because the contract stipulates that this relationship does not exist.”

Leonen also noted that it is “the employer [that] bears the burden to prove that the person whose service it pays for is an independent contractor rather than a regular employee with or without fixed terms.”

He cited a four-fold test in determining the existence of an employer-employee relationship: the workers being hired by the employer; the payment of wages; the power to dismiss; and the power to control the employee’s conduct.

Another factor proving that relationship, he said, is economic dependence—in which the worker concerned depends on his continued employment.

The court ordered Lazada to reinstate the petitioners to their posts and to pay them full back wages, “computed from the time of dismissal up to the time of actual reinstatement.”