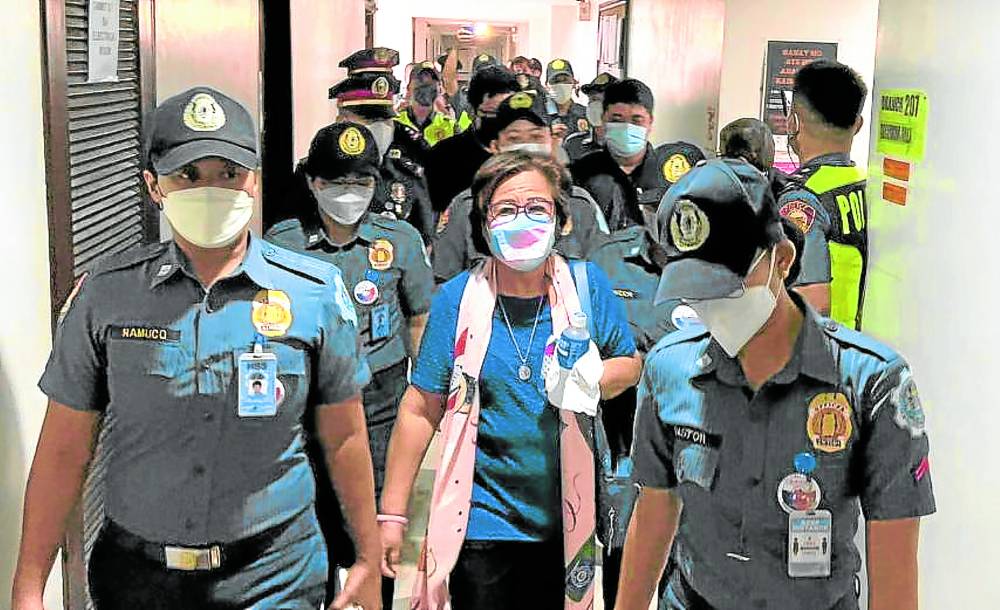 MANILA, Philippines — Justice Secretary Jesus Crispin Remulla said on Friday that former senator Leila de Lima might be released from jail on the same grounds that led to the release of Jessica Lucila “Gigi” Reyes, who was accused of the non-bailable charge of plunder.

“The same reasoning may apply to Sen. De Lima’s case,” Remulla said in a text message to reporters.

Reyes, through her counsel, filed a petition for habeas corpus before the Supreme Court saying her right to a speedy trial had been violated.

The complaint against Reyes was filed in 2014, but the trial started only in March 2022. She has been in detention for nine years.

The Supreme Court granted Reyes’ petition explaining that habeas corpus can also be applied to someone whose right to a speedy trial has been violated.

Although it allowed Reyes temporary liberty, it has set several conditions, including regularly attending the trial of her case and reporting her compliance.

However, Solicitor-General Menardo Guevarra has a different take on the case. He said Reyes’ arguments and the Supreme Court’s ruling may be applied “on a case-to-case basis.”

“I believe that the court’s ruling, in this case, will have to be applied on a case-to-case basis, depending on the facts of each particular case, and not as a blanket precedent,” Guevarra said in a text message to reporters.

“The Supreme Court has made it clear that it’s ruling on the petition for habeas corpus is not tantamount to an acquittal of the accused nor to a dismissal of any of her pending cases. It will only result in the temporary liberty of the accused as if bail was granted without any amount fixed by the court. The OSG (Office of the Solicitor General) will carefully study the ramifications of the court’s resolution,” Guevarra added.

De Lima has been in detention since 2021. One of the three-drug charges against her has been dismissed while government witnesses have been recanting their testimonies.

There have been mounting calls for her release, including from United States legislators.

De Lima can only be released on bail, says DOJ chief Guevarra

Sandra Cam to De Lima: Sorry, I was used