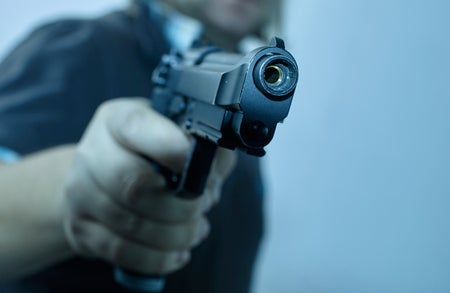 WASHINGTON, United States — A six-month-old baby and its teen mother were among six people killed early Monday when gunmen opened fire at a home in California, police officials said.

Sheriff Mike Boudreaux of the Tulare County Sheriff’s Office described to reporters a grisly crime, a “targeted” attack that he said may be linked to gang and drug violence.

A neighbor called the police, who arrived seven minutes later to find dead and dying people both inside and outside the home.

“This whole situation is tragic, but we have a 17-year-old mother and (her) six-month-old child both of which were shot in the head,” Boudreaux said.

Two people survived the assault by hiding inside the building, while several of the wounded were given emergency medical attention by first responders. One of the wounded died shortly after being rushed to hospital.

The attack appeared to be drugs-related, the sheriff said.

“We believe that there are gang associations involved in this scene as well as potentially narcotics investigations, adding that a week earlier his department had “conducted narcotics search warrants at this residence.”

Tulare is a city of some 70,000 inhabitants in the San Joaquin Valley, roughly halfway between San Francisco and Los Angeles.

About 49,000 people died from gunshot wounds in 2021 in the United States, more than half of which were suicides.

The country has more weapons than people: one in three adults owns at least one weapon and nearly one in two adults lives in a home where there is a weapon.