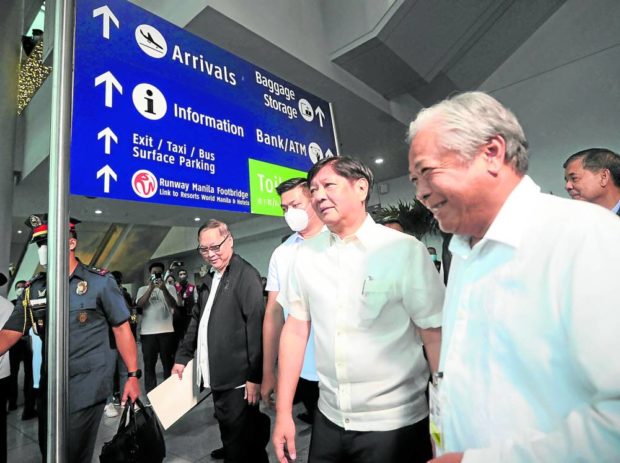 Transportation Secretary Jaime Bautista said this on Thursday during the Senate committee on public services’ hearing on the air traffic fiasco on New Year’s Day.

“The government now is working with the ADB [Asian Development Bank] and the PPP (Public-Private Partnership) Center for the finalization of the terms of reference. We’re expecting that we should be able to have this by the end of first quarter of 2023, and we will be able to accept proposals from interested parties,” he added.

Bautista said that the government will work to expedite the privatization of Naia as it is the gateway to the Philippines.

On December 30 last year, Bautista announced that the Marcos administration is pushing for Naia’s privatization.

Based on earlier reports, a power outage downed the air navigation system of the Civil Aviation Authority of the Philippines on January 1.

For Act Teachers Rep. France Castro, the timing of the technical glitch “is quite fishy.”

Your subscription could not be saved. Please try again.
Your subscription has been successful.
Read Next
2 dead in motorcycle-van collision in Batangas
EDITORS' PICK
Omega Speedmaster super racing: Tiny device massive change
Fuel price rollback expected on Feb 7
House energy committee chair Arroyo bats for cheap electricity
Philippine-United States alliance ‘rock solid’ — DFA
Makabayan bloc blasts bid to expand US access to more military bases in PH
vivo Philippines offers a free bouquet of flowers and a premium necklace perfect for Valentine’s Day
MOST READ
Vice Ganda gets called out for ‘unfair treatment’ of ‘It’s Showtime’ co-host Karylle
Fuel price rollback expected on Feb 7
Kris Aquino gets ‘renewed confidence’ after consultation with new doctor: ‘I have a strong chance of getting better’
Pokwang tells self amid revelations on past relationship: ‘Bangon, nanay ka’
Don't miss out on the latest news and information.