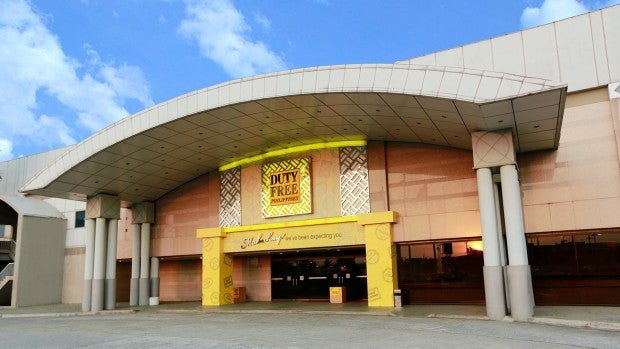 MANILA, Philippines — The 740 employees of Duty Free Philippines Corp. who faced the prospect of becoming jobless at the start of the new year got a reprieve from the planned retrenchment, according to the state-owned firm’s union.

The United Workers of Duty Free Philippines (UWDFP) said Tourism Secretary Christina Frasco has agreed to stay plans for an organizational “rightsizing” that would cut down personnel from about 1,000 to only 345.

According to the union, Frasco assured its representatives that there would be no retrenchment by January, following a dialogue a week before Christmas.

“The union is grateful to Secretary Frasco for listening to the pleas of the Duty Free Philippines employees whom we duly represent,” union president Ernesto Mangalindan said in a statement.

He noted that Frasco, who sits as ex officio chair of the board of Duty Free Philippines, told employees that management would not rush the reorganization and review the retrenchment plan.

The retrenchment plan, which was announced on Nov. 7, followed heavy financial losses in the past two years and projections by Duty Free Philippines officials last July that it could expect a turnaround in its finances only by 2025 when global travel returns to prepandemic levels.

Duty Free Philippines is a government-owned and -controlled corporation (GOCC) attached to the Department of Tourism (DOT).

As a result, Duty Free Philippines’ losses swelled by 47 percent to P558 million from P296 million in the pandemic year 2020.

Under Republic Act No. 9593, or the Tourism Act of 2009, at least half of the GOCC’s profits would be remitted to the Office of the Tourism Secretary to fund the agency’s programs and projects. Of that allotment, 70 percent would go to the Tourism Promotions Board, the marketing arm of DOT.

On Nov. 27, the Federation of Free Workers (FFW), on behalf of the Duty Free Philippines union, wrote to President Ferdinand Marcos Jr. asking him to stop the “rightsizing” plan.

“We are respectfully requesting this administration to stop or hold in abeyance the rightsizing plan for the (Duty Free Philippines) as more than half of the workforce will be out of jobs on the first day of 2023,” FFW president Jose Matula said in the letter.

Matula, who serves as legal counsel for the union, said the plan was made without conducting a “significant or meaningful consultation or discussion” with the workers.

“The union had communicated to the GCG (Governance Commission for Government-owned and -controlled corporations), CSC (Civil Service Commission), and DOT on the workers objections to the retrenchment plan, …but no action has been taken by them except to acknowledge receipt of the union communication,” Matula said.

The union said the GCG approved the restructuring plan through Memorandum Order No. 2022-08, which cited the need to address “operational challenges” due to the COVID-19 pandemic.

The 345 retained positions were not automatically reserved to current personnel, who would have to apply to be rehired, the union said, adding that “this will definitely result in massive retrenchment of Duty Free Philippines employees numbering around 740 employees.”

The exclusive franchise to operate duty and tax-free shops was originally granted in 1977 to a private corporation called Tourist Duty Free Shops Inc. (TDFS). It was authorized to establish, operate and maintain duty and tax-free stores at all international airports and seaports, selected hotels, tourist resorts, and commercial or trading centers nationwide for a period of 25 years.

That year, another directive, EO 46, authorized the DOT, through the Philippine Tourism Authority (PTA), to establish and operate a duty and tax-free merchandising system in the country to augment service facilities for tourists and generate foreign exchange and revenue for the government.

Under that system, the PTA had the exclusive authority to operate shops and stores that sell tax and duty-free merchandise, goods, and articles in international airports and sea ports throughout the country or to contract private parties through public bidding to operate those stores.

Duty Free Philippines was reorganized into a corporation in 2009 and was tasked to operate the duty and tax-free merchandising system in the Philippines. Its flagship store, Fiestamall, which opened in April 1997, sits on a five-hectare lot built for duty-free retailing and boasts of a 24,000-square-meter selling area and state-of-the-art facilities.

No retrenchment in rightsizing – DOLE chief

DBM pushes for ‘rightsizing’ of bureaucracy to save funds