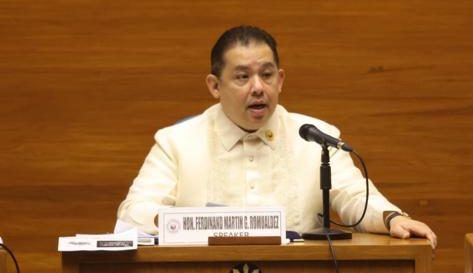 MANILA, Philippines — House Speaker Martin Romualdez is optimistic that the 2023 national budget will be ready for the signature of President Ferdinand Marcos Jr. on the chief executive’s return from his trip to Belgium.

Romualdez gave the assurance on Wednesday, a few days after Congress ratified the bicameral conference committee’s report that resolved the disagreeing provisions of the national budget.

“We have already ratified the bicameral report for the national budget which will be ready for the signature of the president, perhaps after his return from the trip to Brussels. That is the most important piece of legislation that we acted on with dispatch,” he told reporters.

Marcos is set to fly to Brussels, Belgium, to attend the Association of Southeast Asian Nations-European Union Summit from Dec. 11 to Dec. 14.

Once the 2023 General Appropriations Bill is printed, the enrolled copy will be sent to Malacañang for the President’s review and signature.

House officials earlier said they expect the national budget to be signed into law before Christmas.

Lawmakers said the P10-billion funding of the National Task Force to End Local Communist Armed Conflict and the P150-million confidential and intelligence funds of the Department of Education were among the significant amounts restored in the final version.