US judge dismisses suit against Saudi prince in Khashoggi murder 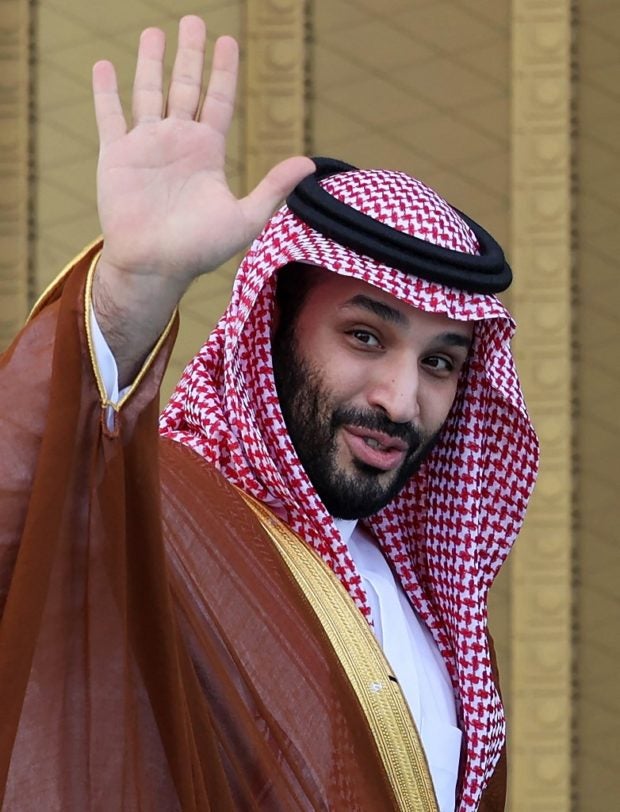 Crown Prince of Saudi Arabia Mohammed bin Salman waves as he is welcomed by Turkey’s President during an official ceremony at the Presidential Complex in Ankara, on June 22, 2022. Saudi Arabia’s de facto ruler took a big step out of international isolation on June 22, 2022, paying his first visit to Sunni rival Turkey since the 2018 murder of journalist Jamal Khashoggi in the kingdom’s Istanbul consulate. (Photo by Adem ALTAN / AFP)

Washington, United States  — A US judge dismissed Tuesday a lawsuit against Saudi Arabia’s Crown Prince Mohammed bin Salman for his alleged role in the 2018 murder of dissident journalist Jamal Khashoggi.

Washington federal judge John Bates accepted a US government’s stance that Prince Mohammed, who was designated prime minister of Saudi Arabia in September, enjoys immunity in US courts as a foreign head of state.

Bates said the civil suit filed by Khashoggi’s widow Hatice Cengiz and his activist group DAWN made a “strong” and “meritorious” argument that Prince Mohammed was behind the murder.

But he ruled that he had no power to reject the US government’s official stance, submitted in a formal statement to the court on November 17, that the prince had immunity as a foreign leader.

Even if the prince was named prime minister just weeks ago, the US government’s executive branch “remains responsible for foreign affairs, including with Saudi Arabia, and a contrary decision on bin Salman’s immunity by this Court would unduly interfere with those responsibilities,” Bates said.

He said the “credible” allegations of the murder, the timing of prince’s being named prime minister, and timing of the US government’s submission, left him with “uneasiness.”

But Bates said he had no other choice in the case.

Prince Mohammed has been the kingdom’s de facto ruler for several years under his father King Salman.

One of the prince’s most vocal critics, Khashoggi was a journalist and activist based in the United States when he traveled to Turkey with his fiancee to obtain documents for their marriage from the Saudi consulate in Istanbul.

After he entered the consulate Khashoggi was seized and murdered by a team of agents of the Saudi regime, his body dismembered and disposed of.

A Saudi court in 2020 jailed eight people for between seven and 20 years over the killing.

The murder deeply strained ties between Washington and Riyadh.

But driven by the needs of Middle East politics, particularly the threat from Iran, and Saudi Arabia’s power over oil markets, Biden traveled to the country in July in a move seen as partially aiming to put the murder case behind.

Nevertheless, while there Biden made mention of it in his talks with the crown prince, calling the murder “outrageous.”