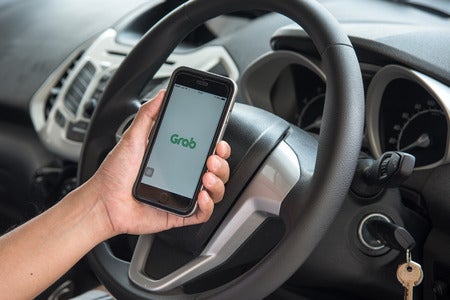 MANILA, Philippines — Grab Philippines insisted on Tuesday that the increase in its fares was in accordance with guidelines set by the Land Transportation and Franchising Regulatory Board (LTFRB).

Grab made the statement at a hearing that the LTFRB conducted on Tuesday in response to a petition filed by lawyer Ariel Inton, president of the Lawyers for Commuters Safety and Protection.

Inton urged the LTFRB to look into Grab’s surge fee, especially because passengers were getting blindsided as they had no inkling when the surge would happen.

Inton said Grab should clearly explain when a surge fee is being implemented, given there are a number of factors involved such as time, distance, and fare adjustment on top of its base fare.

Meanwhile, the LTFRB board members reprimanded Grab officials for increasing its fare.

Grab explained they the extra charge was to avoid short trips.

Inton said if the allegation of overcharging passengers against Grab could be proven, the ride-hailing app should be slapped with a P5,000 peso fine for every incident of overcharging.

The LTFRB is set to conduct its next hearing on Dec. 13 so that Grab could explain the computation of its additional charges.

Grab found itself in hot water after the Philippine Competition Commission (PCC) admitted during a congressional hearing of the Metro Manila Development Committee that it continued to increase fares even after its voluntary commitment not to overcharge.

This prompted Marikina Rep. Stella Quimbo to ask the PCC to continuously monitor Grab Philippines’ fulfillment of its commitments, especially on overcharging.

She also asked the PCC to continuously observe whether Grab was abusing its dominance in the transport network vehicle service (TNVS) industry given its substantial market share.

The House of Representatives is also planning to push for its own inquiry into Grab’s plan to increase its commission at the expense of its drivers and delivery riders.

House Deputy Minority Leader Rep. Bernadette Herrera said she filed House Resolution no. 585 to investigate Grab’s plan to increase its commission by 2% on top of the 20% commission it collects from its driver and rider partners.

Last month, a group of TNVS drivers denounced Grab’s 2% commission hike citing its detrimental impact on their income and increase in transportation costs to passengers.