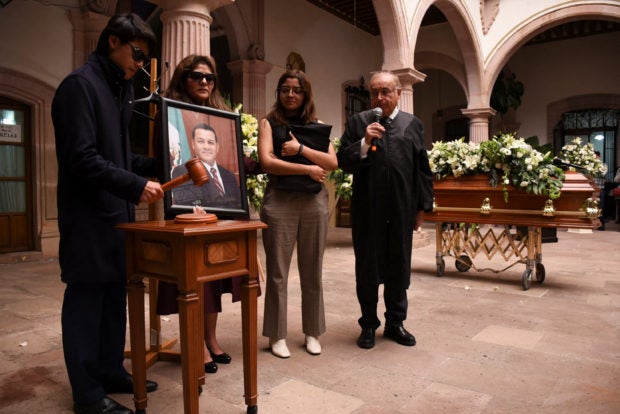 The son of Judge Roberto Elias, who died on Sunday, December 4, 2022, after being shot in the state of Zacatecas, stands next to family members during a tribute in Zacatecas, Mexico, on Monday, December 5, 2022. REUTERS/Edgar Chavez

MEXICO CITY — A Mexican judge died Sunday, December 4, after being shot in the violent state of Zacatecas in northern Mexico, according to state government sources.

Zacatecas has become one of the most violent regions in Mexico amid disputes between organized crime gangs for control of the state.

The head of the National Guard in the state, one of the highest-ranking commanders of Mexico’s militarized police force, was killed last month in a confrontation with armed men during an operation against organized crime.

The state security secretariat told Reuters that police attended to reports of gunfire Saturday morning and found Elias injured in his vehicle. He was later brought to the hospital in serious condition.

Judiciary marshals to look into unsolved killings of judges