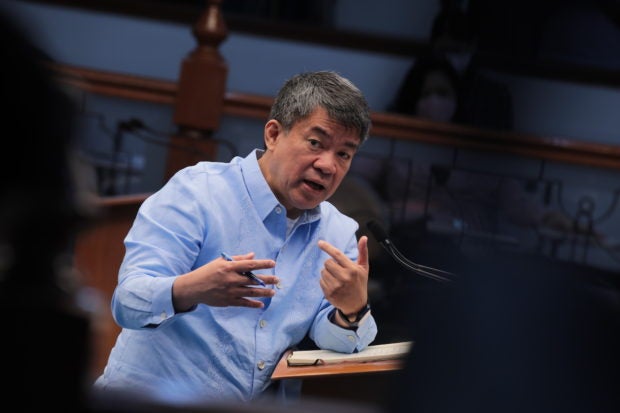 “Disappointing yan (That is disappointing). I will still need to get more details about the bicam report,” Pimentel said in a statement.

According to House appropriations panel chairman and Ako Bicol Representative Zaldy Co, the bicameral panel restored the P150 million CIFs to prevent students from being recruited into scrupulous groups.

“Well, that’s the decision of the House na ituloy because mahirap na ‘yong mga kabataan natin ma-recruit papunta sa maling landas. So, we want DepEd to spearhead the — kasi ang ating mga kabataan ‘di ba, napupunta rin sa maling landas — so, we want them to secure the future of our children,” Co said in an ambush interview on the sidelines of the panel’s hearing.

(Well, that’s the decision of the House to push through with the CIFs. Our youth may go through the wrong path, so we want DepEd to secure the future of our children.)

Minority lawmakers earlier expressed opposition in providing a P150-million CIF to DepEd as they believe intelligence gathering is the mandate of intel agencies.

Earlier, the Senate realigned P120 million of the DepEd’s CIFs into its maintenance and other operating expenses. The House, meanwhile, did not touch the education agency’s CIFs.

The Bicameral Conference Committee approved the consolidated reconciled version of the proposed P5.268-trillion budget for next year. It is now up for ratification in both chambers of Congress.