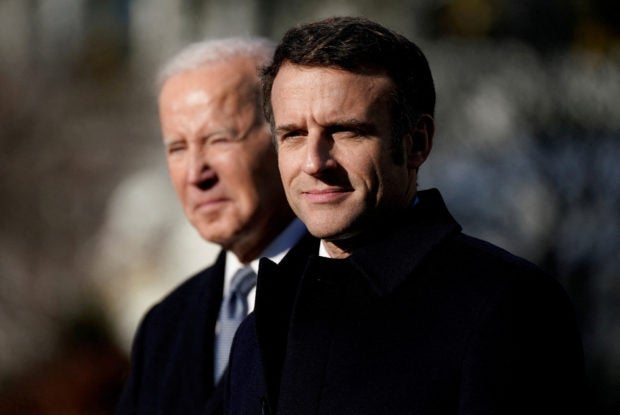 French President Emmanuel Macron’s suggestion the West should consider Russia’s need for security guarantees if Moscow agrees to talks to end the war in Ukraine unleashed a storm of criticism in Kyiv and its Baltic allies over the weekend.

In an interview with French TV station TF1, Macron said that Europe needs to prepare its future security architecture and also think “how to give guarantees to Russia the day it returns to the negotiating table.”

Ukrainian President Volodymyr Zelensky’s top aide, Mykhailo Podolyak, said that it is the world that needs security guarantees from Russia, not the other way around.

Oleksiy Danilov, the secretary of Ukraine’s National Security and Defense Council, said a “denunclearized and demilitarized” Russia would be the best guarantee of peace not only for Ukraine, but also for the world.

“Someone wants to provide security guarantees to a terrorist and killer state?” Danilov wrote on Twitter.

“Instead of Nuremberg – to sign an agreement with Russia and shake hands?”

The trials in Nuremberg to prosecute Nazi war criminals after World War Two are seen today seen as the forerunners of tribunals like the International Criminal Court in The Hague. Moscow denies allegations its forces have committed war crimes in Ukraine.

After several rounds of talks earlier in the war, Kyiv and Moscow have not met to negotiate the end of the conflict for months. Kyiv says peace talks are only possible if Russia halts its attacks and withdraws from all Ukrainian territories it seized.

But the Kremlin said the West must recognise Moscow’s declared annexation in September of “new territories” before any talks with Putin.

Macron last week held talks with U.S. President Joe Biden in Washington on the war in Ukraine. Biden said afterwards that there were no conditions for U.S.-Russia discussions about ending the conflict.

U.S. Under Secretary for Political Affairs Victoria Nuland, however, said Putin’s insistence on recognition of the declared annexations indicated he was not serious about peace talks.

“Diplomacy is obviously everyone’s objective but you have to have a willing partner,” she told reporters after meeting Zelensky in Kyiv on the weekend. “And it’s very clear … that Putin is not sincere or ready for that.”

Zelensky has not commented on Macron’s suggestion.

‘It will not fly’

Macron’s suggestion of security guarantees for Moscow has also spurred criticism in some Baltic countries that border Russia and see it as growing threat.

“The only security guarantees we should focus on are essentially non-Russian,” he said on his Twitter account. “Russia needs first to guarantee that it does not attack others.”

Lithuania’s former foreign minister, Linas Linkevicus, said that Russia has security guarantees as long as it does not “attack, annex or occupy” its neighbors.

“If anyone wants to create a new security architecture that allows a terrorist state to continue its methods of intimidation, they should think again, it will (n)ot fly,” Linkevicus said on Twitter.

In Kyiv, David Arakhamia, a lawmaker and member of Ukraine’s negotiation team with Russia when negotiations were taking place, said Ukraine is ready to provide Russia with security guarantees as long as it met four conditions.

“For this it is enough: leave the territory of our country, pay reparations, punish all war criminals; voluntarily surrender nuclear weapons,” Arakhamia said on the Telegram messaging app.

“After that, we are ready to sit down at the negotiation table and talk about security guarantees.”

Macron and Zelensky have held frequent talks during the more than nine months of war, and Zelensky has thanked the French president for trying to find diplomatic solutions while also rejecting Macron’s suggestions that Kyiv could be ready to compromise.

In May, Macron was also widely criticized for saying Russia should not be humiliated so that when the fighting stops in Ukraine a diplomatic solution can be found.