Suspect in slaying of 2 Pampanga cops killed; 3 others nabbed 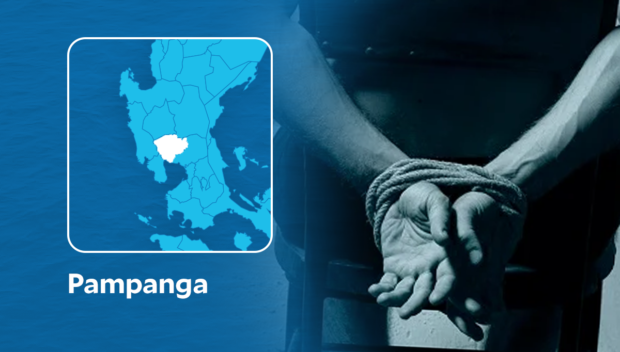 MABALACAT CITY, Pampanga — A suspect in the killing of two anti-drug policemen was gunned down before dawn on Sunday, Dec. 4, in an alleged armed encounter with lawmen in Duquit village in this city, authorities said.

The city police identified the slain suspect as Kiel Patrick Chua, who tried to evade a checkpoint at 3:35 a.m.

The police said officers manning an anti-criminality checkpoint flagged down a man on board a black motorcycle without a plate number. Instead of stopping, the suspect accelerated his motorcycle, prompting a chase.

In a statement on Sunday night, the city police said Chua drew a gun, pointed it at the lawmen and fired, prompting the latter to return fire. The suspect was hit and died.

Police allegedly found a .45 pistol near the suspect’s body.

Senior Master Sargeant Sofronio Capitle Jr. and Staff Sergeant Dominador Gacusan Jr., both of the Mabalacat Police Drug Enforcement Unit, were about to board their motorcycle after an operation at 3:40 a.m. on Dec. 3, when five persons wearing bonnets shot them repeatedly at South Daang Bakal Road in Dau.

The police said the suspects made sure that the two cops were dead.

“The suspects (then) alighted from their motorcycles and shot the victims point-blank on their heads that resulted in their untimely death,” the police report stated.

Pasiwen said the three other suspects in the crime were arrested “hours after (the) two Mabalacat police officers were shot to death” in a follow-up operation.

Pasiwen said an orange Honda Click believed to be one of the motorcycles used in the murder of the two cops was seized from Baluyut. He said the motorcycle had bloodstains.

He said it was through Baluyut’s “extra-judicial confession” that they identified Chua as among the suspects.

Pasiwen said the fifth suspect, Kenneth Flores, was still at-large and being hunted down by authorities.

He said the service firearm of one of the murdered policemen “was recovered from the roof gutter of the house owned by Flores.”

“We will have no respite until all the perpetrators are caught, and even if two of our members were killed in line with our diligent efforts to stop the proliferation of illegal drugs, we are committed to the war against this menace. We will continue to be relentless in our campaign at all costs,” Pasiwen added. INQ