Thousands on alert in Indonesia’s Java after Mt. Semeru eruption 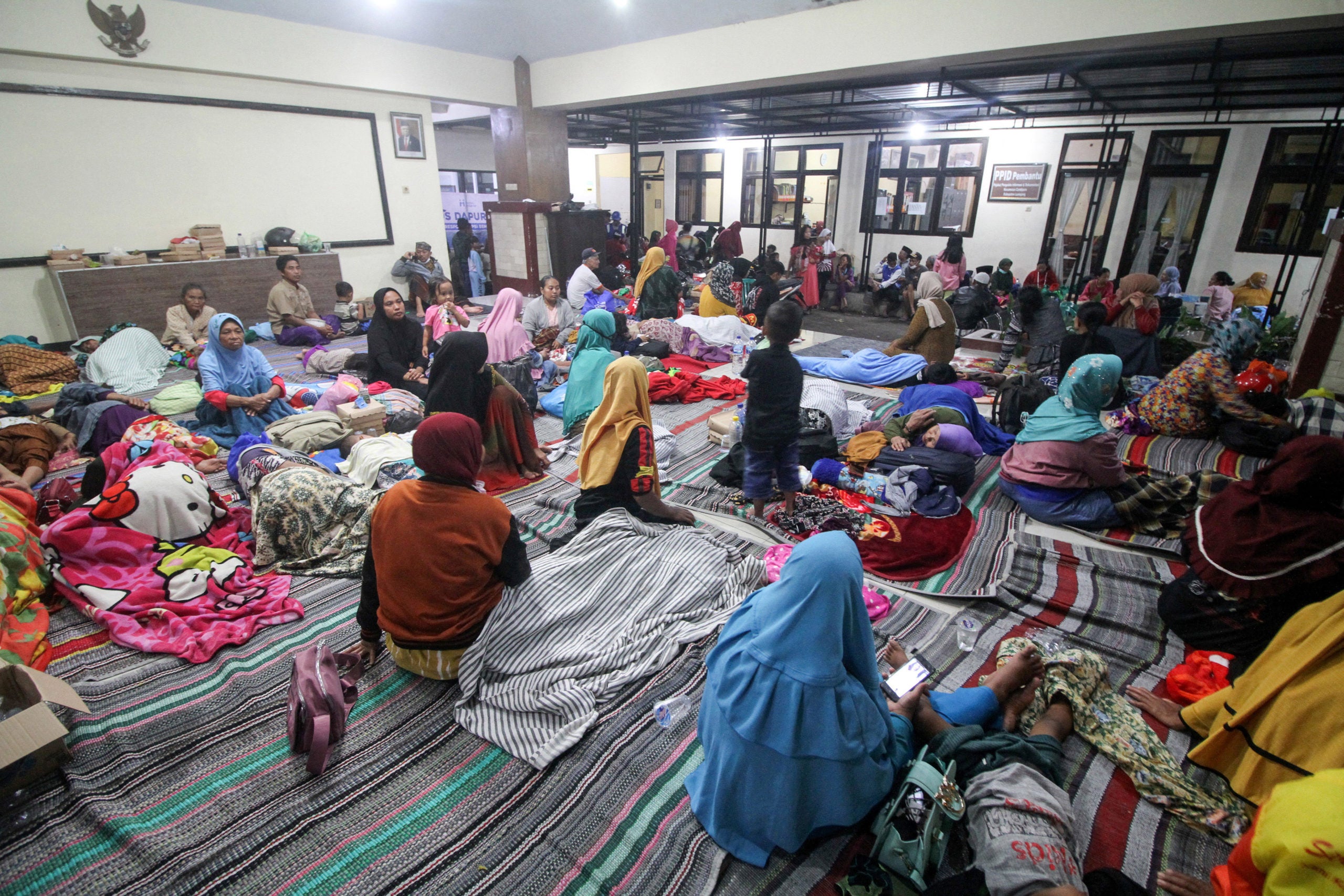 Villagers rest as they shelter at a district office after being evacuated following the eruption of Mount Semeru volcano in Lumajang, East Java province, Indonesia, December 4, 2022, in this photo taken by Antara Foto. Antara Foto/Umarul Faruq/ via REUTERS

JAKARTA — Thousands of residents in Indonesia’s East Java were on high alert on Monday after a violent eruption at the island’s tallest volcano prompted authorities to impose an 8-kilometer no-go zone and forced evacuations of entire villages.

The provincial search and rescue agency deployed teams to the worst-affected areas near Mount Semeru to assess the damage, with low rainfall giving some reprieve, Tholib Vatelehan, a Basarnas spokesperson, told Reuters.

“Yesterday, the rainfall level was high, causing all the material from the top of the mountain to come down. But today, so far, there’s no rain, so it’s relatively safe,” he said.

No casualties have been reported and there has not been any immediate disruption to air travel.

The 3,676-metre volcano erupted at 2:46 p.m. local time on Sunday. Footage shot by local residents showed Mt. Semeru spewing a giant cloud of grey ash high above its crater, which later engulfed the mountain and surrounding rice paddy fields, roads, and bridges, and turned the sky black. A video shared by the Environment Ministry on Twitter showed a pyroclastic flow of lava, rocks, and hot gases gushing down the mountainside.

Indonesia’s volcanology and geological hazard mitigation agency on Sunday raised the alert level for Mt. Semeru to the highest level. The agency also issued a warning to residents not to approach within 8 km of the summit, or 500 meters of riversides due to risks of lava flows.

The eruption, some 640 km east of the capital, Jakarta, follows a series of earthquakes in the west of Java, including one last month that killed more than 300 people.

An archipelago of 270 million that sits along the Pacific Ring of Fire, Indonesia is one of the most disaster-prone nations on earth.

With 142 volcanoes, Indonesia has the largest population globally living in close range to a volcano, including 8.6 million within 10km.

Your subscription could not be saved. Please try again.
Your subscription has been successful.
Inquirer calls for support for the victims of Taal volcano eruption
Responding to appeals for help, the Inquirer is extending its relief to the families affected by the recent eruption of Taal volcano.
Cash donations may be deposited in the Inquirer Foundation Corp. Banco De Oro (BDO) Current Account No: 007960018860.
Inquiries may be addressed and emailed to Inquirer’s Corporate Affairs office through [email protected]