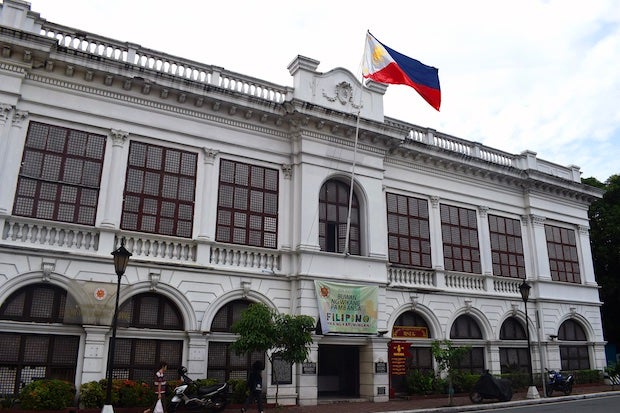 MANILA, Philippines — Komisyon sa Wikang Filipino (KWF) chair Arthur Casanova has decried the move of two commissioners to suspend him, saying it was an “outright insult” to the power of the president and a “grave abuse of authority.”

In a statement posted on Saturday evening, Casanova said he was not facing any administrative charges to date as KWF Commissioners Carmelita Abdurahman and Benjamin Mendillo Jr. reportedly suspended him.

“The power to suspend me lies only at the hands of the president or the Office of the Ombudsman, which has the jurisdiction to tackle heavy administrative cases of government officials,” he said.

Under Memorandum No. 2022-OG135 dated Nov. 28, Casanova nullified the previously issued memorandums that suspended him as KWF’s chair and assigned Abdurahman as the officer in charge (OIC).

He said the order from only two out of eight commissioners to suspend him was against the provisions of Republic Act No. 7104, or the Commission on the Filipino Language Act.

In his statement, Casanova said that the implementing rules and regulations of the law indicated that the commissioners could only propose the suspension to the President.

“The IRR (Implementing Rules and Regulations) of RA 7104 did not provide the board of commissioners with the power to suspend the chairperson of KWF,” he said.

He further clarified that three other commissioners, Angela Lorenzana, Jimmy Fong and Abraham Sakili, opposed the use of Resolution No. 37-11 which served as the basis for his suspension, noting that it had “no effect” since it was not confirmed in an official meeting.

In the memo, Casanova said that since the resolution was not approved by other commissioners, it was a “clear case of falsification of public documents.”

He urged the board of commissioners to file charges against Abdurahman and Mendillo for falsification of public documents and usurpation of authority.

In a separate memorandum, the KWF chair also invalidated a notice of charge for preventive suspension of his staff, Rena Bondame, which was signed by Abdurahman, Mendillo, and OIC Director Jomar Cañega.

He said they “lack the authority to suspend regular and permanent employees of the government.”

“The issue did not pass through the board of commissioners. This is a clear usurpation of authority,” Casanova said.

Earlier in August during the celebration of Buwan ng Wika, it was also Abdurahman and Mendillo who issued a memorandum to stop the publication of five “subversive” books that supposedly promote “antigovernment ideologies.”

KWF has no power to ban, censor written works – Lagman