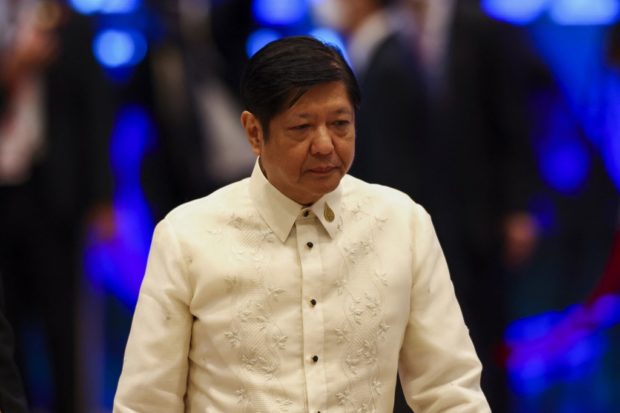 President Ferdinand Marcos Jr. has called on newly appointed and confirmed Ambassadors Extraordinary and Plenipotentiary to “continuously look for opportunities” for business and partnerships for the Philippines.

The President made the remark during a courtesy call on the newly appointed ambassadors at the President’s Hall in Malacañan Palace.

In his message, the President urged the diplomats to continue to communicate, promote the interest of the Philippines, and “foster partnerships with all our neighbors.”

The President said it is important for the Philippines to seal partnerships, especially as the country “navigates out of this pandemic economy.”

“And in this time, I think it is very important that those partnerships are created and strengthened,” he said.

“It is important that we have partners as we try to navigate out of this pandemic economy, out of the crisis that we have had to attend to and deal with as an effect of the Ukraine conflict,” President Marcos pointed out.

As representatives of the Philippines, the President said ambassadors should serve as instruments in helping the Philippine economy and pursuing opportunities to woo more investors.

“When we endorse and assist the private sector in partnerships with whoever the investors from outside, that is also a good thing for us,” he said.

During the courtesy call, the chief executive talked about ambassadors’ very different tasks in advancing the Philippines’ interest, particularly as the world grapples with multiple challenges.

“So it is a different kind of mission. You no longer are concerned solely with the diplomatic contact and the diplomatic exchanges. We are no longer limited by distance, by geographical and physical positioning,” President Marcos said.

“This is something that we have to recognize now. And that is what, as I said, we look to our envoys to be able to achieve to one, consistently make known to all our friends, all our own partners, the position of the Philippines on all the aspects of the world discussion that we are all part of,” he pointed out.

The country’s envoys, Marcos said, have also continuously to talk to people, corporations, and entities and look for opportunities and programs that could benefit the Philippines.

For instance, the President said, they have to look for ideas and partnerships with other countries offering assistance on climate change and other things that can be helpful to the Philippines.

“That’s why I think that probably is the newest feature of an envoy’s duties as I see. So that I see, well, it is a new world out there; we must adjust,” he said.

“And I believe that for the Philippines, for the national interest, that this is the way to adjust,” he added.

The President also pointed out that the country benefits from a government-to-government level of negotiation and mediating with the private sector in terms of investment tie-up with foreign investors.

Filipino ambassadors have to consider these things so the country can maximize its resources and partnerships to manage the economy effectively and to help the Filipino people have a better life as the nation slowly emerges from all of its present challenges, the President added.