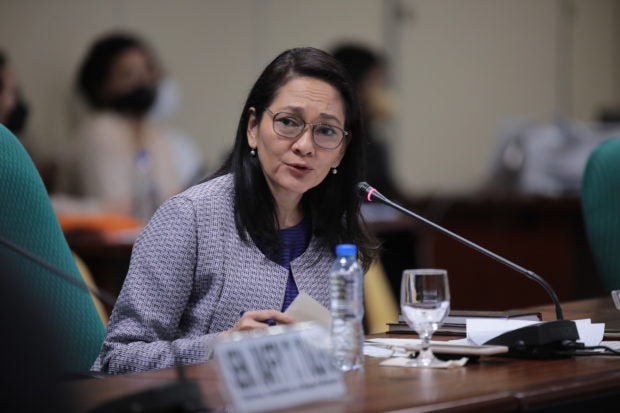 The NTF-ELCAC was only able to accomplish or start 2% of its projects from last year’s budget, according to House appropriations panel chairman and Ako Bicol party-list Rep.  Zaldy Co.

(When it comes to the budget, it is simple: If performance is poor, the budget will be reduced and channeled to those who need it).

The NTF-ELCAC “must first be able to show that its initiatives worked,” said the opposition senator.

Hontiveros added that the funds should go to implementing agencies such as the health, social welfare and development and labor and employment departments, among others.

(As protectors of the government’s coffers, priority funding should be extended to basic services, health programs, and aid to victims of calamities, disasters and those mired in poverty.)

Co previously said that the House bicameral committee plans to restore the NTF-ELCAC’s budget while acknowledging that the task force has been underperforming.

“After all, this is one of the key priorities of President Ferdinand R. Marcos, Jr., which was clearly outlined in the National Expenditure Program the administration sent to Congress,” Co said previously.