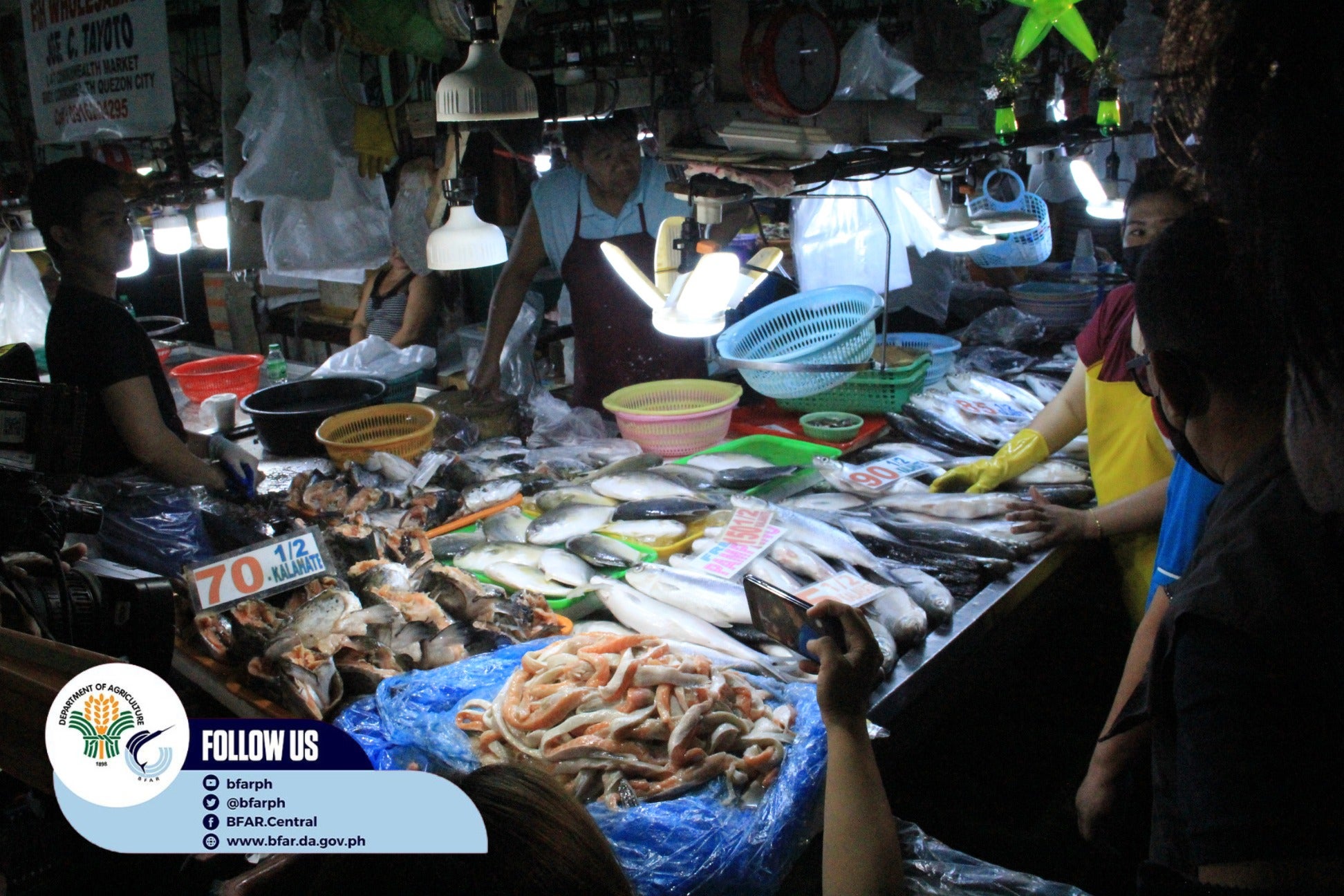 The Department of Agriculture – Bureau of fisheries and aquatic resources (DA-BFAR) conducts a campaign against diverted imported fish in wet markets. Photo from BFAR’s Facebook.

Amid the raging debate on fish importation, the Department of Agriculture (DA) said it is still studying whether to lift a ban on the sale of imported salmon and pompano in public markets.

Agriculture deputy spokesperson Rex Estoperez said on Thursday they are still considering whether to amend Fisheries Administrative Order (FAO) No. 195, signed in 2018, that prohibited the sale of imported fish, like salmon and pompano, in public markets.

The Bureau of Fisheries and Aquatic Resources (BFAR) recently announced that vendors would no longer be permitted to sell imported salmon and pompano after Dec. 3 and the agency would soon confiscate such fish found in public markets.

The DA is revisiting pertinent provisions of FAO 195, which authorizes the importation of fresh, chilled and frozen fish and other aquatic products for canning and processing purposes without the required certificate of necessity to import.

But Estoperez, a former spokesperson of the National Food Authority, said “BFAR will meet with stakeholders this afternoon and tomorrow. Before the Dec. 4 confiscation, we will announce if this is confirmed already.”