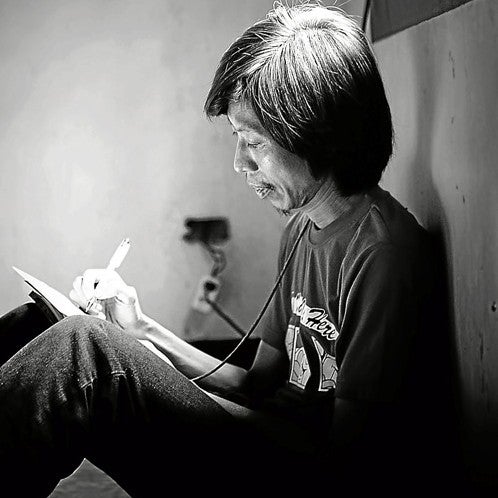 MANILA, Philippines — A human rights advocacy group on Thursday called on the Commission on Human Rights (CHR) to investigate the deaths of National Democratic Front of the Philippines (NDFP) consultant Ericson Acosta and peasant organizer Joseph Jimenez in Negros Occidental.

“Human rights alliance Karapatan today called on the Commission on Human Rights to conduct an independent investigation into the reported summary execution of peasant advocate Ericson Acosta, a writer and consultant of the National Democratic Front of the Philippines, and his companion, peasant organizer Joseph Jimenez of the Kilusang Magbubukid ng Pilipinas,” said Karapatan.

According to Karapatan, Acosta and Jimenez were captured in Negros Occidental by personnel of the 94th and 47th Infantry Battalions of the Philippine Army on Wednesday but were reported as killed in an encounter.

Karapatan said that Acosta was in Kabankalan City to consult with farmers and peasants about their working conditions and military operations in the area.

In the statement, Karapatan Secretary General Cristina Palabay said that “the reported killing of Acosta and Jimenez violates the NDFP-GRP Comprehensive Agreement on the Respect for Human Rights and International Humanitarian Law (CARHRIHL), as well as Republic Act No. 9851 on crimes against IHL, genocide and other crimes against humanity, which protect the rights of both civilians and parties to an armed conflict”.

The group also called on authorities to respect the families of the deceased and legal representatives as they try to retrieve the bodies of Acosta and Jimenez.

“Karapatan expresses our condolences to the families of Acosta and Jimenez, and we are one with them in their call for justice. State forces in the communities should be pulled out, with numerous reports of IHL violations of State forces that have not been addressed in the past,” Palabay stated.