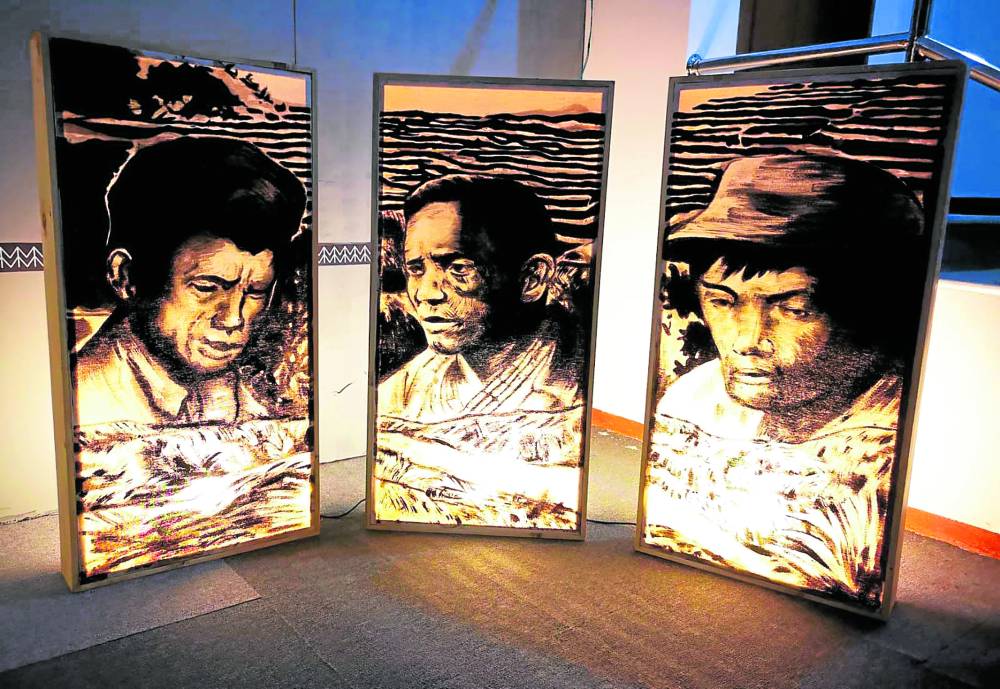 CORDILLERA MARTYRS This installation displayed last year during Baguio’s Creative City Festival is a copy of the monument dedicated to Kalinga community leaders Lumbaya Gayudan, Macli-ing Dulag and Pedro Dungoc, who led the resistance against dictator Ferdinand Marcos Sr. and his plan to build a dam along Chico River in the 1970s and 1980s. —EV ESPIRITU

BAGUIO CITY—A Baguio activist, who was among a group that recently failed to secure from the Court of Appeals a writ of amparo against Red-tagging, was convicted of cyberlibel on Thursday over comments on the dismantling of a monument dedicated to Cordillera martyr Macli-ing Dulag and two others.

Sarah Dekdeken, secretary general of Cordillera Peoples Alliance (CPA), was sued last year for linking the police to the Jan. 7, 2021, removal of the anti-Chico Dam heroes monument at Barangay Bugnay in Tinglayan, Kalinga.

Dekdeken will not serve any jail time, although she was fined P250,000 and was directed to pay P10,000 in moral damages to retired Police Brig. Gen. R’win Pagkalinawan, who filed the case while he served as Cordillera police director, according to the Dec. 1 decision issued by Judge Ivan Kim Morales of the Baguio Regional Trial Court Branch 59.

Citing a video footage of a Jan. 14 news conference posted on a CPA social media page, Pagkalinawan said Dekdeken had “maligned” him when she claimed that he ordered the dismantling of the monument that was dedicated to the Butbut tribe and other residents of Kalinga and Mountain Province who fought against a plan to put up hydroelectric dams at Chico River when the late strongman Ferdinand Marcos Sr. was still in power.

The monument, which was composed of a marker and three metal frames featuring the silhouettes of Dulag, Pedro Dungoc and Lumbaya Gayudan, was installed in 2017 by CPA which was subjected to public and online Red-tagging at the height of the COVID-19 pandemic.

The marker paid homage to Dulag, Dungoc and Gayudan, who led the resistance to the Chico Dam project, stating that they “sacrificed their lives in the struggle to defend ancestral land and self-determination against … the Marcos dictatorship.” Dulag, a Butbut tribe leader, was slain by government soldiers in 1980. 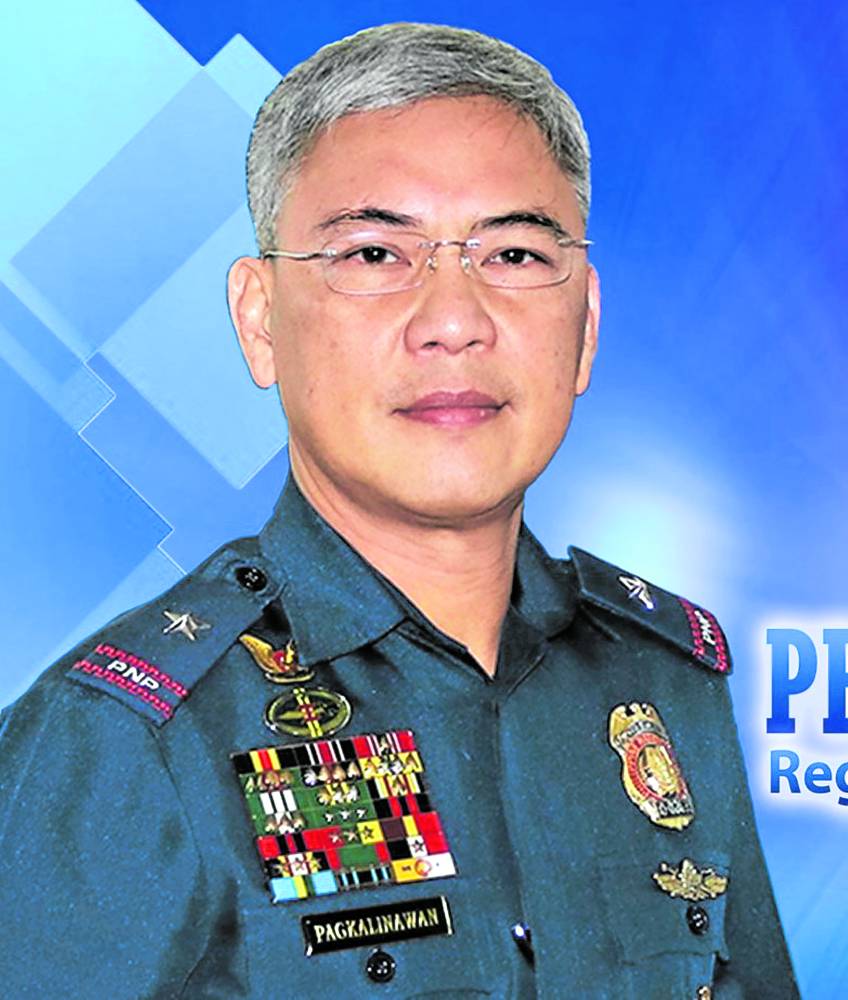 Officials in Tinglayan and Kalinga province, however, pushed for the monument’s removal because it supposedly encroached on the road right of way of Mountain Province-Calanan-Pinukpuk-Abbut Road.

Dekdeken argued in court that she merely relayed sentiments expressed by Butbut residents who blamed the police for tearing down the monument.

The court, however, said that Dekdeken failed to verify information allegedly provided by Tinglayan residents when she stated, “According to Regional Director Pagkalinawan, that monument should no longer be there by the time he visits the place.”

It found malice because Dekdeken had not amended her statement after Pagkalinawan denied issuing any instructions to remove the monument.

“The accused (Dekdeken) claimed that the utterances she made plainly and simply allude to statements made by third persons. However, the accused failed to check the veracity of the statement she made and to get the side of the complainant (Paglinawan) before she made these utterances … These actuations of the accused show that her statement was not made in good faith and was instead tainted with malice,” Morales said.

“The court agrees with the State that the statement [gave] the impression that the complainant (Pagkalinawan) was arrogant and bossy and that he is insensitive to the importance of the monument and did not care about the sentiments of the Butbut tribe,” he added. 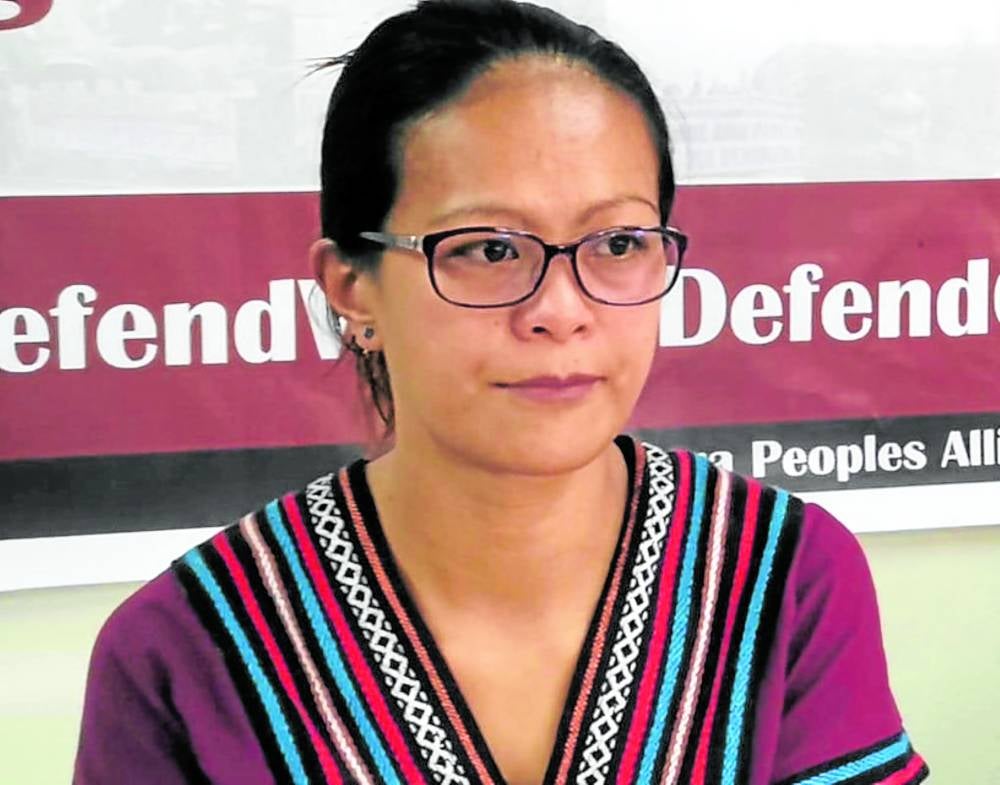 Dekdeken was among the 23 CPA members and officials who sought a writ of amparo in August to protect them from “orchestrated online attacks” and “vilification” allegedly committed by state agencies, including the National Task Force to End Local Communist Armed Conflict.

A writ of amparo is a legal remedy available to any individual whose right to life, liberty and security has been violated or threatened.

The petition cited social media threats and allusions to terrorism that were hurled at Dekdeken as early as April 2020, including the phrase, “Activism is the gateway to terrorism. Terrorism is protected by activism,” which was posted alongside her photograph.

On May 7, 2020, Dekdeken’s face was again posted with horns, and captioned with the Kankanaey phrase, “Ilan yo nayda terrrorista,” which means, “Look at these terrorists.”

The CPA petition said government-led Red-tagging endangered the lives of the activists and their families.

But the CA denied CPA’s petition on Oct. 24, stressing that “for the grant of the issuance of a writ of amparo, the alleged threat to petitioners’ rights to life, liberty and security must be actual, and not merely one of supposition or with the likelihood of happening.”