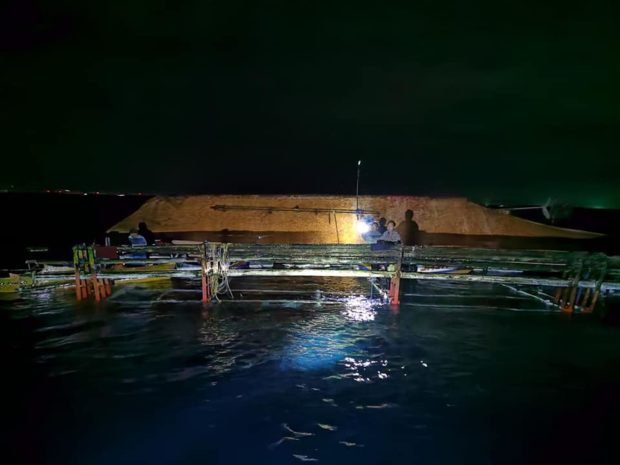 The fishing boat carrying 11 people capsized on Wednesday evening within the vicinity of Tictabon Island and Mampang, Zamboanga city. The PCG was notified of the incident at around 10:05 p.m. by a local resident.

“The Philippine National Police Maritime Group initially rescued two of the 11 fishermen. At around 10:20 p.m., the PCG Station Zamboanga deployed a team that rescued four fishermen, all in good physical condition,” the report stated.

According to the PCG, another search and rescue unit team was deployed from Pampanga.

The remaining fishermen were found “on top of the floating capsized fishing boat approximately 2.5 nautical miles from the shoreline of Mariki Island, Zamboanga”, said the PCG.

All of the fishermen are safe, assured the PCG.

The Philippine Navy assisted in towing back the capsized boat. The PCG said that it will release a progress report about the incident.