Marcos Jr. satisfied with performance of officers-in-charge of DOH, DND 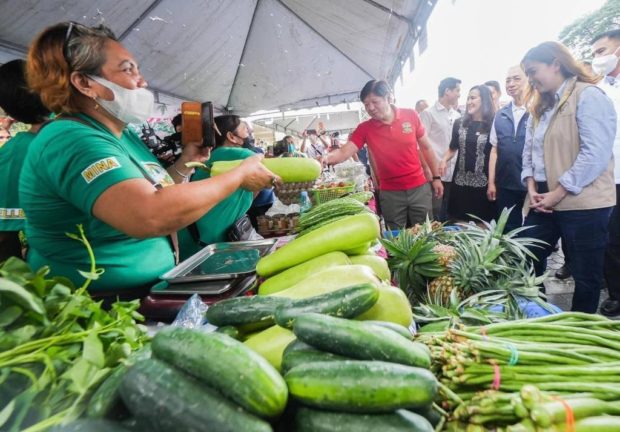 MANILA, Philippines — President Ferdinand “Bongbong” Marcos Jr. on Thursday said he is happy and satisfied with the performance of the temporary heads of different agencies, foremost of which are the Departments of Health and National Defense.

The President made the remarks when reporters asked on the sidelines of the Kadiwa ng Pasko caravan in Quezon City for an update on the appointments of several officers-in-charge in different agencies.

“Wala, we just go to the process. Wala pa kaming DOH. Wala pa kaming nino-nominate. Usec. (Ma. Rosario) Vergeire is doing a fine job. Kasi we are still not out of the pandemic. So we have to continue to be careful,” the President said.

“Sa DA (Department of Agriculture), sa DND (Department of National Defense), no, I think… Happy ako with the situation as it is now. We’ll see. These things are revisited, especially every year at the end of the first year. I don’t think that’s a secret to anyone that at the end of the first year, ‘yung mga ibang kandidato, they will now join the mix of possible nominees,” he added.

The President asked for the public’s patience, noting his concern about doing the job. So far, he said he is satisfied with the performances of the people he appointed.

In an interview in Los Baños, Laguna, early this week, the President was asked if he would appoint a secretary to the Department of Agriculture.

The President, who concurrently holds the agriculture portfolio, said he has a timetable in DA, and there are certain things that he would like to achieve before leaving the department.

Names are being considered to head the agriculture department, Marcos said, adding that hopefully, when the time is right, he could make a nomination for a DA chief.