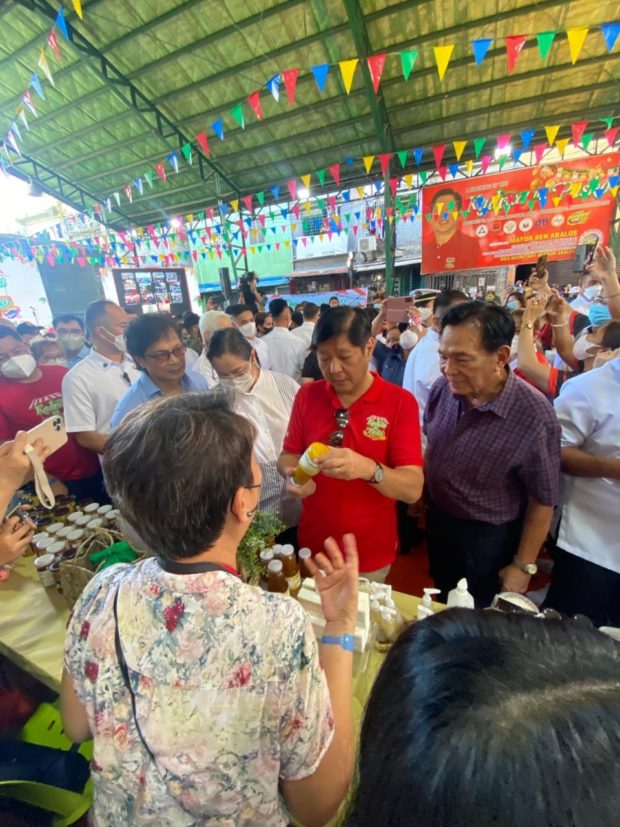 President Ferdinand “Bongbong” Marcos Jr. on Wednesday led the simultaneous launch of the Kadiwa ng Pasko stores in 14 sites across the country. The President, who was present in the Mandaluyong site, said that the stores would sell rice at P25 per kilogram, closer to his campaign promise of P20 per kilogram. (Photos from the Office of the Press Secretary)

Aside from the stores helping communities this coming Christmas season and amid rising prices of goods, Marcos said it is also a move closer to his campaign promise of bringing down rice prices to just P20 per kilogram.

The President explained that the Kadiwa ng Pasko stores are able to offer cheaper products because farmers are given assistance or other expenses are shouldered to help them sell it at a lower price, or the government gets from the buffer stock of the National Food Authority (NFA).

(Kadiwa only brings lower prices of goods for the people. How does it become inexpensive? It becomes cheaper because the government, first of all, procures rice from the NFA, from its buffer stock, which means the NFA is not earning anything.)

(They are selling it at a price similar to the cost of buying the rice, so you can see rice prices at only P25 per kilogram.  We are nearing my dream of having rice at P20 per kilogram — we’ll get there, but we need to do a lot.)

According to Marcos, there is a need to widen the scope of the Kadiwa stores, to shield people from rising prices of goods brought by external factors.

The program was brought back during the time of the younger Marcos’ predecessor, former president Rodrigo Duterte, but these did not have a nationwide coverage as the COVID-19 pandemic stalled programs of the government.

(A lot of things are happening, and we cannot do anything as the rising prices of goods are not brought by our economy, it comes from the events in other areas which we cannot control.)

(That’s why as your government, we see the need — because we cannot do anything about market prices — to help people by giving them the capacity to buy. And that’s the reason why there is a fuel subsidy, that’s why we have AICS, TUPAD, so that somehow, the expenses of Filipinos may be reduced.) 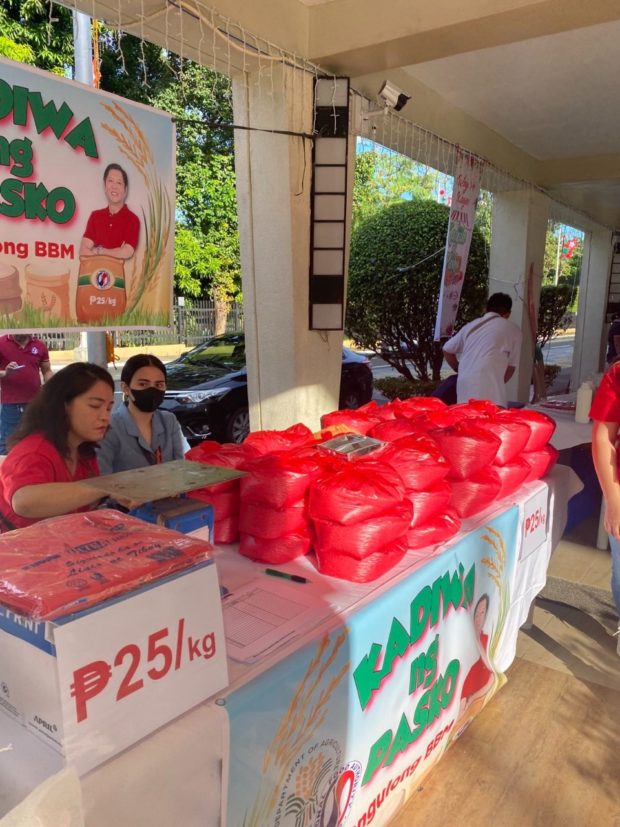 People can now buy cheaper goods like rice grains at P25 per kilogram through Kadiwa ng Pasko stores. (Photo from the Office of the Press Secretary)

Marcos vowed to sustain the Kadiwa program well beyond Christmas, promising to continue buying products directly from farmers while shouldering costs for transportation and other expenses so that it would not be passed on to consumers.

(For Kadiwa, people will incur lower expenses because government buys directly from the supplier, because all transport costs, all other expenses we need to settle are shouldered by the government. That’s why somehow, we see that we have savings.)

(That’s why I said we should bring it back, we had Kadiwa before but only selected LGUs have it. We saw that the program had a good effect in the communities, that’s why — I said, as Secretary of the Department of Agriculture, why don’t we replicate what has been done at the LGU level and make it a national program?)

There are 14 sites opened on Wednesday, according to the Office of the Press Secretary, with 11 inside the National Capital Region and one each for Tacloban City, Davao de Oro, and Koronadal City in South Cotabato.