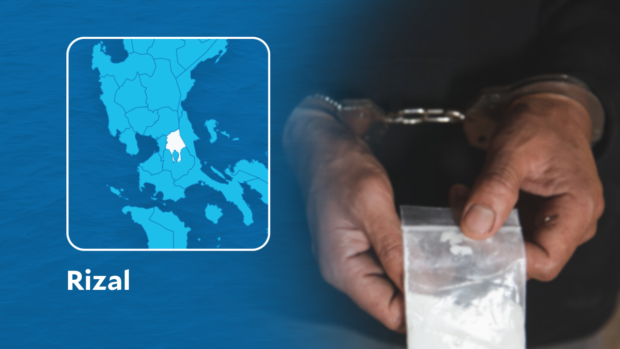 LUCENA CITY — Seven drug suspects were arrested after they yielded more than P122,000 worth of “shabu” (crystal meth) in buy-bust operations on Wednesday and Thursday in Rizal province.

The Police Regional Office 4A reported that anti-illegal drug operatives in San Mateo town collared at 12:20 a.m. on Wednesday, Nov. 30, Joseph Marcelo and Grace Beunaobra, both listed as drug pushers, in Barangay Silangan.

The suspects were caught with five sachets of meth worth P22,770 based on Dangerous Drugs Board (DDB) valuation.

The police also confiscated a motorcycle believed to have been used by the suspects in their illegal trade.

Earlier, the same police group busted at around 9 p.m. Angelito San Juan, a listed drug pusher, and his associates, Maria Francisco and John Apolou Cuerbo, in another part of Silangan.

The authorities confiscated four sachets of shabu with a DDB value of P58,305.

In Cardona town, the police arrested at 11:25 p.m. Marylin Mayor, a listed shabu peddler, and her rookie partner, Angelito Tongco, in Barangay Looc.

The police found six sachets of shabu worth P41,548 from the duo.

All suspects were detained at the local police jails and face charges of violating the Comprehensive Dangerous Drugs Act of 2002. INQ