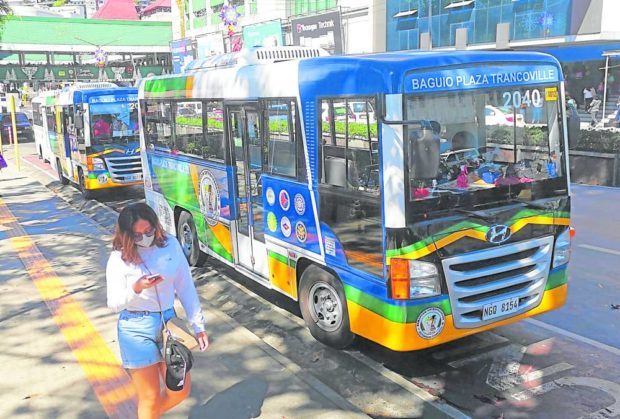 BAGUIO CITY, Benguet, Philippines — A 23-seat electric jeepney may not be able to operate at all in this city and other Cordillera towns because the road topography requires much more power than conventional electric vehicles are equipped with, according to the head of the country’s electric car organization.

Following new incentives provided by the government, the electric car industry is being popularized as a practical alternative to gasoline-run vehicles in order to address the impact of climate change and of fluctuating fuel prices on the recovering economy, said Jose Bienvenido Manuel Biona, executive director of the Electric Vehicle Association of the Philippines (Evap), during the Mountain Engineering Summit held here on Monday.

“But will [e-jeepneys] work in Baguio? No. There needs to be modification,” Biona said, primarily because current models do not have the 40-kilowatt to 50-kilowatt battery power for navigating steep roads.

E-jeepneys would also require a 36-kilowatt-hour battery size or type, and with higher power density that are not being used by e-vehicles in the market, Biona said.

A mechanical engineering professor of the De La Salle University, Biona said he had driven through three routes in Baguio on Nov. 27. After recording the engine stresses and long travel duration endured by traditional jeepneys, he said: “I would not want to risk running electric jeepneys here.”

Biona said e-jeepneys should be outfitted properly for mountain road stresses, so electric mass transport would be adapted throughout the Cordillera.

But given the supply chain problems amid the pandemic, it would take six months to modify an e-jeepney for travel in the region, he said.

An e-jeepney costs over P2 million, but operators would need up to P3 million to include modifications for mountain road use, Biona said.

The public utility vehicle (PUV) modernization program of the Department of Transportation (DOTr) facilitates loans and other funds for the purchase of a fleet of e-jeepneys, and may be tapped to help redesign electric jeeps, he said.

Local governments across the country can develop a “battery leasing” fund, for example, that would help reduce the cost of new batteries, he said.

E-jeepneys on the road will rely on a “battery swapping scheme,” Biona said, so a second battery can allow a PUV to continue rolling while its drained battery unit recharges at the closest charging station.

Baguio streets are filled with traditional jeepneys and minibuses which use gasoline. The DOTr and the United Nations Development Programme are pilot testing an e-bus in the city.