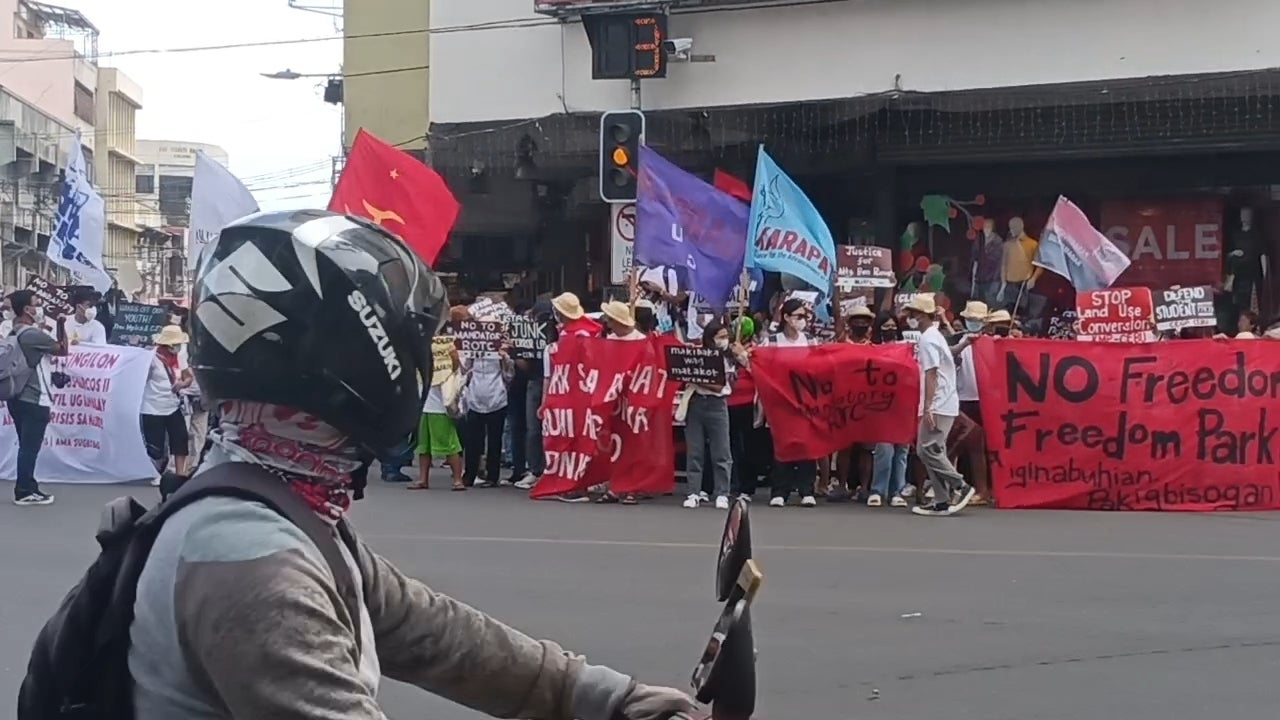 CEBU CITY — Members of progressive organizations held protest rallies on Wednesday in various parts of the city in observance of the 159th Andres Bonifacio Day.

Among the places of convergence were Colon Street, the Freedom Park, and near Fuente Osmena Circle.

Although the groups are multi-sectoral, members were united in calling for solutions to labor problems, including the need for higher wages.

Members of Bayan and Akbayan-affiliated wings also criticized the government’s alleged inaction to bring down the rising prices of basic commodities.

The group described the Marcos administration as having “a labor agenda that remains blank or missing.”

Bayan-Central Visayas chairperson Jaime Paglinawan said the first five months of the Marcos administration did not address the people’s concerns.

“The country is experiencing its worst economic crisis, plunging millions into abject poverty,” he said.