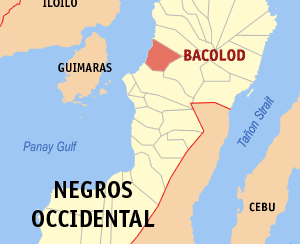 The Partido Manggawa (PM) Negros members held a “blank paper protest” in front of the replica of the Bacolod City Government Center.

They were pressing for a labor agenda that remains blank or absent in the Marcos administration, said Priscilla Goco, secretary-general of Partido Manggagawa-Negros.

The labor agenda includes demands for a wage hike, labor rights and an end to contractualization, affordable and quality public services, and mechanisms for continuing policy dialogue on structural reforms.

Edsel Relota, PM Negros chair, said Bonifacio’s fight for independent development and his advocacy for social justice and “kaginhawaan” continues to ring true in the face of the growing inequality.

Andres Bonifacio is regarded as the Father of the Philippine Revolution against Spain.

He called for a labor agenda combining the demands for wages, jobs, rights and services intersect with the campaign to defend human rights and civil liberties.

A group of protestors from militant-sectoral groups also gathered in front of the Fountain of Justice at Araneta Street to call for an increase in wages amid price hikes and “to fight for Philippine sovereignty endangered by imperialist interests.”

Marcos urges Filipinos to be like Bonifacio: honest, patriotic