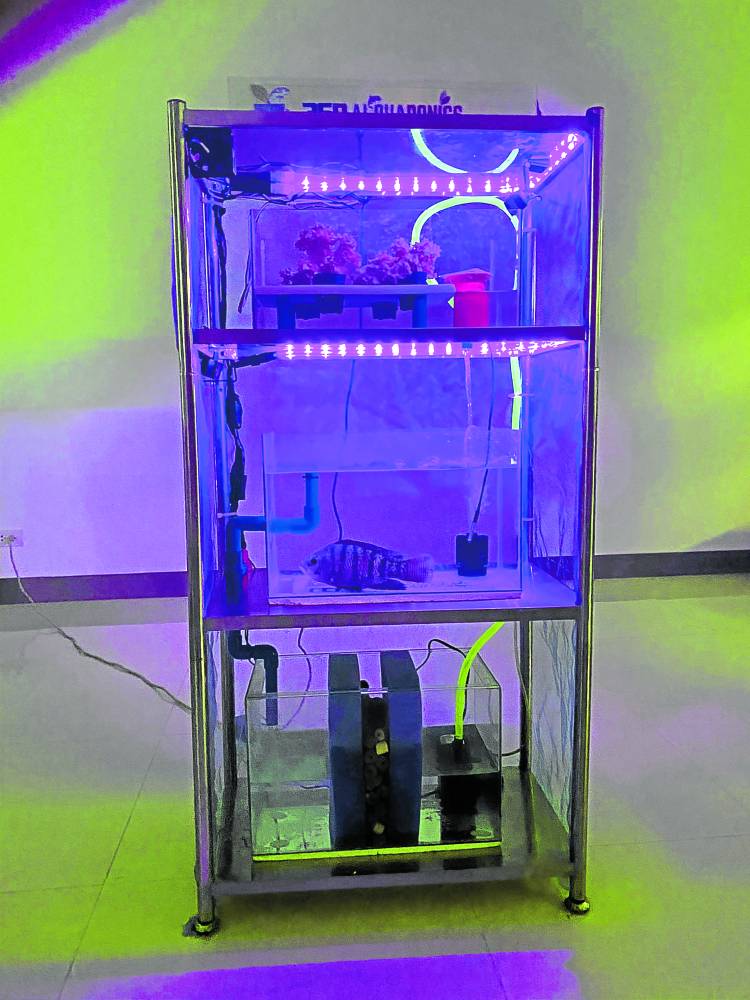 BREAKTHROUGH PROJECT | AI-quaponics 360 uses artificial intelligence to monitor the growth of the zoological and botanical components of crops and fish. —PHOTO COURTESY OF BATANGAS STATE UNIVERSITY

Aquaponics is the method of growing plants in water used for breeding other aquatic organisms.

The BatSU team received a monetary award of SG$8,000 (around P329,000) and would continue to work on developing the prototype for its possible integration into the market.

The competition organized by the Institution of Engineers, Singapore and Science Centre Singapore was held last month and concluded during the celebration of Singapore’s National Engineering Day.

“The Filipino engineering students are really competitive … They are just shy but the mentor’s purpose is to keep pushing them to be more confident in achieving their goals,” Alvin Alon, the team’s mentor and head of BatSU’s Digital Transformation Center, said in a recent interview.

Two other teams from BatSU also made it to the top 10 under the same category with their entries called AI-Rover, a road quality monitoring system with a vibration-sensing device and machine vision camera, and AI 3D SET GO, an innovation created for effective and sustainable wastewater remediation.

The winning entry, the aquaponics system, uses AI to remotely monitor the growth of the zoological and botanical components of crops and fish.

“The basic definition of aquaponics is the ecosystem for both plants and fish. The manure of the fish will be chemically converted into cultured water which is healthy for the plants. It will be a circular [process] in terms of producing healthy vegetable crops,” Alon said.

The project uses a dashboard to keep track of the ecosystem’s parameters such as greenhouse environment, water quality and nutrient circulation. Image processing, on the other hand, helps determine when to harvest the crops while machine learning detects plant diseases.

“We were only given one month, which is a short amount of time to code, develop the prototype, and prepare the video and paper [for the project]. Our initial plan went through a lot of revisions but with the help of our mentor and people from the STEER Hub, we were able to finish it,” De Castro said, referring to BatSU’s research and development units.

Aside from the limited time, one of the challenges the team also encountered was looking for materials because it was their first time to work on an AI project, a technology they were just getting familiar with, Matibag said.

“We weren’t sure if we made it as a finalist because they did not give us any feedback but luckily, we received an email congratulating us for being [among] the finalists,” Magboo added.

The team members separately monitored the awarding ceremony held on Nov. 19 via livestream, saying they were “extremely nervous” before the announcement.

“We weren’t expecting to win… but when it was announced that we were the champions, my brother screamed,” De Castro said.

For Beltran, his parents were “super proud that our hard work was recognized internationally and it was a big achievement for us.”

According to Biscocho, their triumph showed that “everyone is capable. We can keep up internationally and we can do anything if we want to.”

Tolentino to DOST: Why science fairs, contests for students not promoted well?