6 fallen activists to be honored at Bantayog | Inquirer News

6 fallen activists to be honored at Bantayog 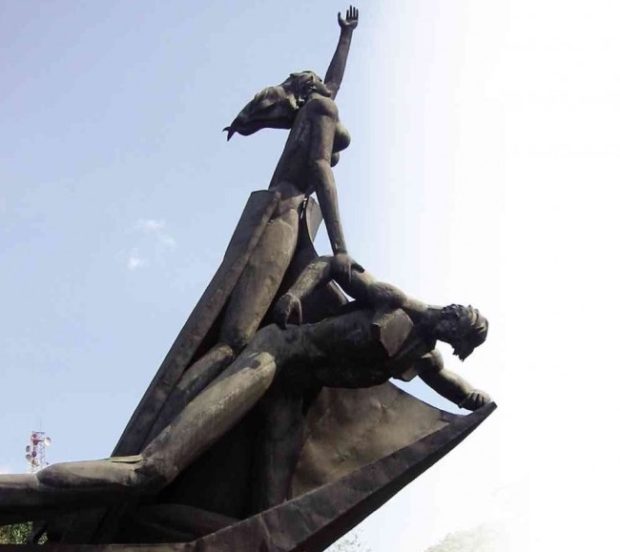 Two students and four teachers — who, at some point in their lives, fought the Marcos dictatorship — are to be honored as martyrs and heroes at 9 a.m. this morning, Bonifacio Day, at Bantayog ng mga Bayani in Quezon City.

Every year for the past 30 years the Bantayog ng mga Bayani Foundation has honored people who spent their youth, if not much of their lives, fighting tyranny during the martial law years (1972-1986). Many died in the struggle.

The six honorees this year are:

Renato M. Ganchero and Alexander M. Gonzales both died at 21 in the same military operation called “Four Roses,” which also claimed the lives of four other university students in the mountains of Iloilo.

Ganchero graduated valedictorian in high school in Iloilo. He was in senior high school in 1970 when he learned about the death of Philippine Science High School student Francis Sontillano, a fellow Ilonggo who was his sister’s classmate.

In college at Western Institute of Technology in Iloilo City, Ganchero joined student protests against tuition hikes and rallies demanding fair wages for farmers and workers.

When martial law was declared in 1972, Ganchero’s family learned that he was on the military’s wanted list. He fled to the countryside where he organized peasants in the Madyaas mountain range.

On June 9, 1973, Ganchero’s group encountered Army soldiers. Wounded but refusing to surrender, he hid in a hut where he was found the next morning and reportedly summarily executed.

Born in Pandan, Antique, Gonzales enrolled at the University of the Philippines (UP) in Los Baños. When President Ferdinand Marcos suspended the writ of habeas corpus in 1971, Gonzales, like many students, went back to his hometown where he organized communities to set up communal gardens.

Gonzales joined the antidictatorship movement and organized a network of couriers to bring mail and supplies to those in the underground in Panay, Negros Occidental and Metro Manila.

Teacher in the trenches

Manila-born Evelyn Pacheco-Mangulabnan was a campus writer who studied to be a teacher at Philippine Normal University where she graduated in 1969.

After learning about the building of the Bataan Export Processing Zone and the residents’ fear of being relocated, Mangulabnan joined her father, then working at the National Shipyard and Steel Co., in protests against relocation.

She joined Kabataang Makabayan (KM) and moved to Manila where she organized nursery schools for street children and gave health and hygiene lectures to mothers.

She was part of a network of students from the area around the mouth of the Pasig River.

In 1972 she married fellow activist Ric Mangulabnan from Mapua University. They had a daughter named Earnest.

When martial law was declared, the couple moved to Bataan where Mangulabnan taught school. As activists were being hunted down, she and her husband decided to go underground while working with displaced families.

After the couple left Bataan, their families received news that they had been killed. The families were unable to retrieve their remains. Evelyn was 29.

Valerio Nofuente, Lerry or Vale to many, entered UP in 1962 to study political science. After he joined KM, Nofuente’s political awareness rapidly grew. He was present at the rally in 1967 of the farmers’ group Lapiang Malaya where more than 24 of its members were killed.

Nofuente took part in the 1970 First Quarter Storm, a series of student-led mass actions in January-March that year, and the 1971 Diliman Commune even while writing poems, essays, and short stories for publication.

He worked as a research assistant at the Filipiniana section of the UP library where he met his wife Evelyn with whom he had three children.

Nofuente taught Filipino courses at the UP College of Arts and Sciences. He also collected documents banned under martial law, which would become the beginnings of the “Philippine Radical Papers Guide” published by UP in 1996.

He founded several writing groups and was a member of the UP Writers Club and Kapisanan ng Panitikang Pilipino.

Nofuente was brutally killed under mysterious circumstances. After classes, he would visit and make friends with factory workers in Marikina. On April 10, 1981, he failed to return home.

His body was found in his VW Beetle near a bridge outside Marikina. Nofuente was 34. He suffered multiple stab wounds and his killers were never found.

Born in Roxas City, Maria Luisa Posa-Dominado spent her Catholic elementary and high school years in Pototan, Iloilo. She entered college in 1971, became an activist and dropped out of school the following year. She resumed her studies 20 years later to earn a degree in education. Many things happened during those 20 years.

When martial law was declared in 1972, Dominado joined fellow activists who fled to the hinterlands where she earned the moniker Kumander Posa. In 1973 she was arrested in Roxas City by the Philippine Constabulary. She escaped two days later.

Until her final release from detention, Dominado had been arrested five times and escaped three times. Once, she was recaptured by the same military officer who stood as her wedding sponsor when she married her boyfriend Tomas Dominado while detained in 1977.

In detention, she experienced various forms of torture such as Russian roulette, sexual molestation and manhandling.

Facing charges of rebellion and murder, Dominado refused to apply for amnesty. The charges were dropped and she finally walked free in April 1991.

When asked about her escapes from detention, she said she wanted “to be with the masses, to arouse them to fight for their future, family, and children.”

“My family could not convince me to quit, they were simply waiting for the time that I’d tire myself out,” she said.

From 1991 to 2002, Dominado worked for the release of political prisoners and helped set up memorials for martial law victims in Iloilo City and Roxas City. She later opened her home to victims of sexual violence.

She was part of the Panay Fair Trade which supported small producers and organic farming. She campaigned for compensation and relocation of those affected by the 2006 oil spill in Guimaras and spoke against the proposed coal-fired power plant in Iloilo City.

On April 12, 2007, while Dominado was traveling from Antique where she solicited support for party list candidates, her vehicle was blocked by armed men somewhere in Oton, Iloilo.

The driver was hit in the neck and left for dead while Dominado and Nilo Arada, an Anakpawis leader, were abducted. They were never found despite their families’ efforts.

On its 30th anniversary in 2012, the Alliance of Concerned Teachers (ACT) gave the posthumous “Guro ng Bayan Award” to Dominado.

A bright and diligent student who joined writing contests, Enrique Torres received honors from his school. He studied at the National Teachers College in Manila where he was caught in the political ferment that led him to join protests against rising school fees and low teachers’ wages.

He was chair of Katipunan ng Kabataang Demokratiko from 1970 to 1972 and was part of the cultural group Tanghalan ng Bayan which staged street plays.

A few days after Marcos declared martial law in 1972, Torres was arrested and severely tortured. He and his wife Precy were detained at Camp Olivas in Pampanga. They were moved later to Camp Crame and to Camp Bagong Diwa in Metro Manila. In 1977 the Regional Trial Court in Angeles City ordered their release, declaring that the subversion charges against them were baseless.

Torres returned to teaching and to organizing and helped to establish ACT where he served as chair from 1989 to 2002. He also served as executive director of the Teacher Center of the Philippines and was a member of Education Forum, a teacher development program.

In 1992, he was arrested for supporting a teachers’ strike for salary standardization. Heavily armed men barged into his home and seized him on charges of inciting to sedition. Teachers, politicians, and friends raised money for his bail.