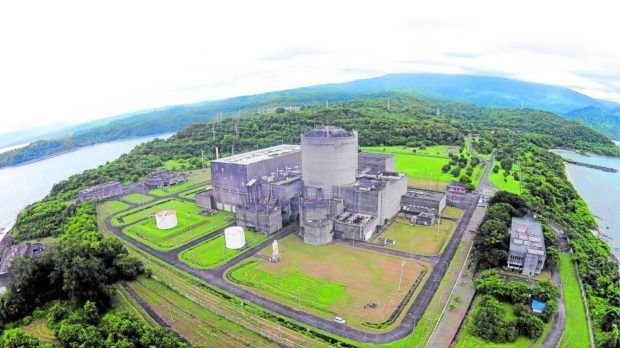 REVISITED YET AGAIN | The government continues to explore the possibility of reviving the mothballed Bataan Nuclear Power Plant, which a South Korean energy firm has expressed interest in rehabilitating. (INQUIRER FILE PHOTO)

MANILA, Philippines — The Philippines is looking into possible nuclear deals with South Korea, France, and China, as President Ferdinand Marcos Jr. considers the construction of nuclear power plants to supply the country’s growing energy needs, according to the Philippine Nuclear Research Institute (PNRI).

In his State of the Nation Address last July, Marcos said he believed now was the right time to reexamine the country’s approach and policy toward using nuclear energy, noting that with modern technology, safeguards have been placed against possible accidents.

PNRI Director Carlo Arcilla on Tuesday said at the Laging Handa briefing that there was a “revival” on the use of nuclear power plants “because the whole world is concerned with carbon dioxide reduction.”

“The nuclear power plant has no [carbon dioxide] emission, so it is important in the climate change moves of the countries,” he pointed out.

During her visit to the Philippines last week, US Vice President Kamala Harris said Manila and Washington were in negotiations on possible nuclear energy cooperation, citing the need for the so-called 123 Agreement to provide the legal basis for the United States to export nuclear equipment and materials to the country.

Section 123 of the US Atomic Energy Act requires the conclusion of a peaceful nuclear cooperation agreement before any transfer of nuclear material or equipment from the United States to another country.

For the Philippines to enter into a 123 Agreement with the United States, it must adhere to a set of stringent nuclear nonproliferation requirements. As of Nov. 2, 2022, the United States has 24 such agreements in force with such countries as China and Russia.

“So this agreement is important because, without it, those American companies that have nuclear technology or those expert consultants will not be able to export to the Philippines,” Arcilla said.

Marcos had also met with executives of NuScale Power, an American energy company offering advanced nuclear technology such as small modular reactors (SMRs), during his official visit to the United States last September.

Asked if there were other countries that were interested in having nuclear negotiations with the Philippines, Arcilla mentioned South Korea, France, and China.

“Actually what I can say is that the most important thing there is South Korea because South Korea is one of the countries that has built a new nuclear plant,” he said.

The $2.3-billion 620-megawatt BNPP, which was built by Westinghouse Electric of the United States in the mid-1970s during the regime of Mr. Marcos’ father and namesake, was never operated due to corruption allegations and safety concerns.

Arcilla said the decision on whether or not to accept South Korea’s offer lies with the president.

Arcilla also allayed public fears on the possible revival of the BNPP, saying South Korea has the exact model of the power plant that has been operating for 40 years now.

“They have an offer for us to revive the plant, they say they can operate our plant within five years. That is the fastest way to have nuclear power in the country even if it is [only] 620 megawatts,” he said.

He noted that the electricity cost in South Korea was only half that of the Philippines.

As for China, Arcilla noted that it was also “advanced” in terms of nuclear energy production.

Marcos, during his meeting with French President Emmanuel Macron on the sidelines of the Asia-Pacific Economic Cooperation Summit in Bangkok, Thailand, said he wanted to partner with France to develop nuclear energy in the Philippines.

The European nation, which has 56 nuclear power plants, is Europe’s biggest net exporter of electricity.

Alberto Dalusung III of the Institute for Climate and Sustainable Cities said nuclear energy was “a power supply source that addresses carbon emissions and is perceived to have potentially lower costs and high reliability.”

“However, commercially available nuclear technologies have inflexible generation, making them less applicable given our local demand variability, and come in large unit capacities of at least 1,000 MW, which is too big for our grid,” Dalusung told the Inquirer in a Viber message.

SMRs could be a good alternative source of power in off-grid areas, according to the DOE. SMRs can be built in a factory and then transported to a site for installation.