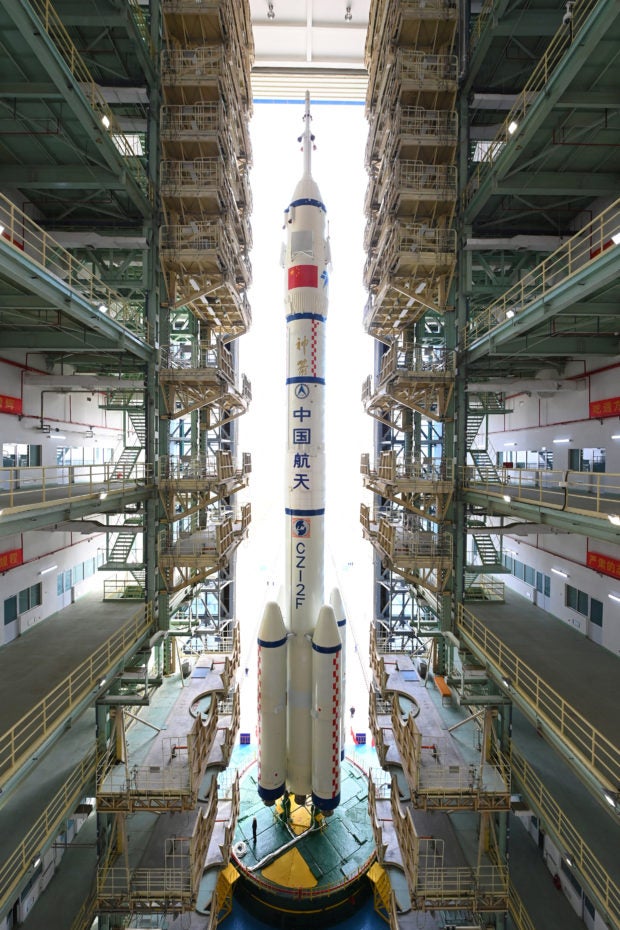 BEIJING — China will launch the Shenzhou-15 spacecraft to its space station at 11:08 p.m. (1508 GMT) on Nov. 29, the China Manned Space Agency said on Monday, the final mission in the country’s plan to complete the crewed orbital outpost.

Onboard will be three male astronauts: Fei Junlong, Deng Qingming and Zhang Lu, the agency said at a news conference.

The space station will be handed over to them within a week by the three astronauts who arrived in early June.

“During the stay, the Shenzhou-15 crew will welcome the visiting Tianzhou-6 cargo ship and hand over the Shenzhou-16 manned spaceship, and are planning to return to China’s Dongfeng landing site in May next year,” said Ji Qiming, a spokesperson at the agency.

“Currently, the space station combination is in stable status with all equipment functioning well, and ready for the rendezvous, docking and the crew handover,” Ji added.

In April 2021, China began construction of the three-module space station with the launch of the Tianhe module, the main living quarters for astronauts.

In July and November it launched the remaining two laboratory modules, Wentian and Mengtian, where scientific experiments will be performed.

The completion of the space station, designed for a lifespan of at least 10 years, will be a milestone in China’s ambitions in low-earth orbit, with NASA’s aging ISS potentially ceasing operations by the end of the decade.